Why living services could make or break your engagement with customers 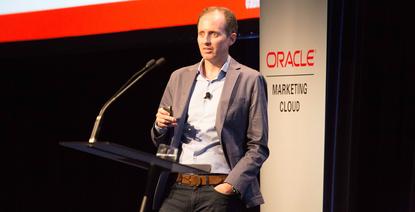 Brands that don’t start contextualising around the consumer in real time through ‘living services’ are at risk of being disintermediated by 2020, Reckitt Benckiser’s chief digital officer claims.

According to the FMCG giant’s digital chief, Adam Stewart, ‘living services’ represents the third phase in how digital is transforming the nature of brand engagement with customers. He suggested the first wave was elements being designed around the desktop.

“Then we had mobility, which added another element of complexity to the mix yet gave us more accessibility to the consumer,” Stewart told attendees at this year’s ADMA Global Forum. “The third is living services: These are contextual services that are very proximate to the individual and built as a service around the consumer in real time.”

Living services are set to again shake up the value chain and prompt further disintermediation as the consumer journey starts to radically shorten, Stewart said.

According to Stewart, brands increasingly need either sit on the effortless side of the scale for consumers, or on the highly tailored side. For example, being effortless might involve auto-replenishment, or “ambient commerce”, he said. At the other end of the scale is tailored and high involvement with high brand equity driven by a position of trust and advice.

“In a world where things will be highly connected, this is where you need to understand where your business is going to play and where your brand will play in this mix and how products sit in the axes,” Stewart claimed. “Will your brand be able to be embedded enough into the ecosystems not only of your own making, but also external brands to become the default?

“The traditional growth approach for this heat gear and cold gear would go first into T-shirts, then shoes. But what Under Armour’s CEO [Kevin Plank] did instead is start with all connectivity of products in the world. He acquired three business – Endomondo, MyFitnessPal and MapMyFitness – to gain access to IOT devices,” Stewart said.

“These are living services that give Under Armour a direct consumer relationship. The company has building a record that sits over the top to start to get single customer view, and now has a 200 million-strong audience base underneath it. That’s superpower to cross-sell and upsell traditional products.”

This isn’t just a digital initiative, it’s a fundamental change to the overall value proposition and ecosystem, Stewart said.

“It’s the new form of marketing. This is where you’re combining all those verticals across your business – marketing, sales, analytics – all together in one ecosystem and then are able to deliver that to consumer as a new form of living service,” he said.

Living services will force brands to look pre the experience of their product, as well as post-experience into adjacent ecosystems Stewart continued.

“Under Armour was a traditional manufacturer but leaped and focused on getting connected to the consumer. That gives them a lot of insight they can feed that into the product pipeline, rather than buying that insight,” he said.

“This is where disintermediation comes in… if you’re not connected to the end consumer, which is what everyone is fighting for, you’re going to be in a big battle to play a part by 2020.”

“This is not a one-night stand or campaign, it’s an ongoing, always-on product managed by different parts of the business, not just digital,” Stewart explained. “Nike is able to wrap service layers around its physical products. And you will see other brands taking bigger steps into this space in the future.”

“Build in a way you can participate and distribute that ecosystem in others,” he advised. “Where you can control the experience, do then progressively build your data asset.”