Why AI is set to be a game-changer for creativity 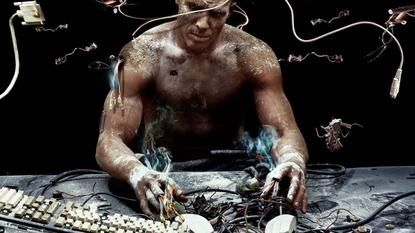 From movie makers to fashion designers, the future of compelling and engaging creative content will be powered by great artificial intelligence.

That’s according to IBM fellow and manager of multimedia and vision, Dr John Smith, who caught up with this week with CMO to discuss how the vendor is working to build out applications of AI in the creative sphere.

“Truly creative people – the artists, the designers – it seems to be all about magic. But there is a method and process behind it,” he said. “And there can also be a lot of mundane work.”

As an example, Smith noted it can take three months just to make a movie trailer.

“One of the interesting things about the AI process is that it can really help streamline the movie trailer process, we can look at creativity and study it as a ‘black box’, and we can also look at historical data around the movie,” he said.

“If we can assist these types of creative people, and augment that creative process, then I think can have a big impact,” Smith said. “The potential of harnessing AI to take creative content engagement to the next level is enormous."

“We’re still researching and experimenting with a lot of these exciting concepts but we’re also moving in a very intriguing direction,” he continued. “The progress has been so great and rapid and that’s so gratifying. Things that were really hard five years ago are now easy in many ways. The pace of development is really exciting and we’re encouraged to take on the next steps like streamlining the creative process because our tools are becoming more and more effective.”

For organisations hesitant about embracing AI in the creative space, Smith said there should be no fear factor when it comes to embracing its power and potential.

“Being hands on with the AI processes, personally, I don’t have any fear,” he said. “There’s still a lot we need to learn, and people will always fear the unknown because they might not understand what AI is able to do today. But ultimately, creatives tell great stories, and at the same time, advertisers and brand campaigns need to connect with audiences in a meaningful way. And I see a lot of opportunity for AI in that space.”