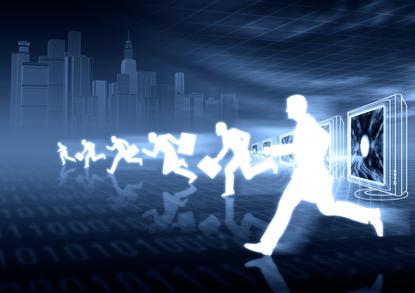 CMOs need to shift their mindset from having the right answers to focusing on asking the right questions if they have a hope of keeping their jobs for long.

That’s the view of Optimizely CEO, Dan Siroker, who was in Sydney this week to launch the experimentation platform’s local presence.

“The CMO is under a lot more pressure now to show impact and results - and that’s where experimentation can really help them look good,” he told CMO. “When an organisation really adopts test-and-learn, and runs fewer but more clever and impactful experiments, they have great results to showcase to the executive. That can give them that recognition as drivers of transformation.

“But without experimentation and data, CMOs and the executive suite are just flying blind.”

Noting the average tenure of a CMO in a large company is just 13 months, Siroker suggested one of the stumbling blocks is adequate adoption of data for optimisation and improvement.

“You either have to embrace this new world of data-driven decision making, or you’re not going to be in your job for very long,” he said.

Siroker also believed Aussie businesses need to ramp up their test-and-learn approach if they have a hope of competing with Amazon when it arrives on Australian shores. This means becoming more experimental, curious and embedding a culture into their operations that rewards asking why, testing and iterating.

“I can’t speak for all Australian businesses, but what I’ve seen in other places, I’d definitely take note,” he said. “Part of the reason Amazon has been so successful has been they truly embraced this culture of experimentation that I personally saw at Google and see now in many companies I work with.

“It’s that culture that can really give you a competitive edge, allows you to innovate and uItimately surpass your competitors.”

For organisations who have yet to embrace the test and learn method, Siroker said the first step is adopting a humble and open-minded perspective.

“The most impactful experiments are the ones that have counter-intuitive results,” he continued. “You can’t really go into it with an agenda or to try and prove your point of view, otherwise you run the risk of missing the opportunities to find the really innovative results.

“We’ve had Australian customers almost from the very beginning, and seen a lot of businesses in Australia really embrace going through digital transformation as a better way to work” he said.

A former Google product manager and director of analytics for the 2008 Obama campaign, Siroker founded Optimizely after realising the need for a product to make it easier to perform A/B testing.

“It seems like ancient history now, but looking back to the campaign there was a lot of buzz around the willingness to use data to drive a lot of the way we worked, which is what inspired me to start Optimizely,” he said. “I saw the impact there first-hand and thought it would be great to help democratise the scientific methods to really enable any organisation to do the kind of transformation that I saw and bring that to the rest of the world.”