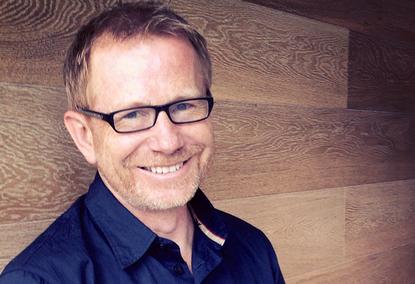 Outdoria and Go See Australia are both owned by Marketplacer, a global software platform that connects buyers and sellers online. Go See Australia is one of the newest properties to launch in May 2017.

In the new role, Baker is tasked with accelerating the growth of the Go See Australia and Outdoria platforms, both of which focus on helping Australian road trippers access outdoor gear, holiday and caravan park accommodation. He is one of Marketplacer's first key hires and the inaugural CEO of Outdoria and Go See Australia.

Baker told CMO he was excited to move from RedBalloon to join the fast-growing marketplace provider.

“Marketplacer, the parent company, has the technology and the backing to really tackle the outdoor camping, caravanning and adventure market,” he said. “The growth in consumers wanting more out of their holidays and the rebirth of the roadtrip is massive. I really look forward in getting into it and helping get more four wheel drives off the pavements and out into Australian landscape.”

While Marketplacer can be seen as a digital disruptor, Baker said it’s also an enabler for companies to get their brands and products in front of like-minded consumers.

“I firmly believe it’s a growth mechanism for companies, and a way of making sure a consumer can find the best products and experiences by searching in one place,” he added.

Baker has spent the last couple of years with RedBalloon as CEO but left in May following an organisational restructure. Prior to this, he spent seven years with Tourism Australia as its chief marketing officer.

Marketplacer CEO, Jason Wyatt, positioned Baker’s appointment as part of the continued growth trajectory of Go See Australia and Outdoria. He highlighted Baker’s background, knowledge and passion for the industry as key reasons behind his appointment.

“This key hire comes after previous strong announcements regarding strategic partnerships and platform structures,” he said in a statement. “Now with the right people in place, we are well poised for strong growth.

“Under Nick’s leadership, Outdoria and Go See Australia will continue to help consumers not only access the best accommodation and equipment for their adventures, but will cultivate the consumer membership experience present in all our marketplaces.”

An Australian startup, Marketplacer rebranded from Exchange Group back in 2015 and has raised more than $10 million in investment to fund its plug-and-play marketplace offering.

Among the recent alliances struck by Outdoria/Go See Australia is a partnership with Discovery Parks, the largest owner/operator of holiday parks in Australia.