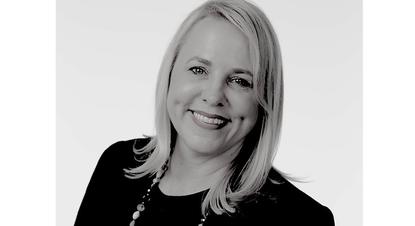 Nine said her remit is to grow consumer audiences across multiple platforms by optimising and integrating all marketing activities across the media organisation. The role sees Madden working to align promotions, social and marketing teams and reporting directly to director of television, Michael Healy.

In an email to staff, Nine’s CEO, Hugh Marks, said Madden’s strong brand marketing skills will bring a new dynamic to the organisation, while the position brings a more cohesive approach across all business divisions. A spokesperson confirmed there are no further changes to the marketing functions as a result of this newly created position.

“The appointment of Karen to this group-wide marketing role reinforces our focus on creating compelling content and connecting with audiences across all our distribution platforms,” he stated. “As the Nine business continues to evolve, we felt it important to evolve our approach and centralise the focus of all our marketing activities to increase the effectiveness with which we communicate with our audiences.”

Madden was delighted to be taking up the new role. “Nine has worked hard across both television and digital to be one of the top media companies in Australia, so it’s a really exciting time to join the business,” she said.

Under the new structure, Parsons now reverts to a more focused position as chief digital officer, with a brief to continue to expand Nine’s digital offering.

“Under Alex’s leadership, Nine’s digital business continues to be a growth engine and I’m excited to see our digital properties such as 9Now, nine.com.au and 9Honey continuing to kick goals,” Marks said in his email to employees. “9Now has just ranked first across all commercial broadcast players in the Australian market in June, with 9Honey also having grown its unique audience by 20 per cent in June alone.

“The growth of our digital platforms, as well as our first-party data offering, are critical components of our business strategy going forward.”

Parsons has already been playing an instrumental role building out Nine’s first-party data sets, as well as third-party data sharing partnerships, as part of efforts to improve and augment its audience insights and segmentation proposition.

One of the most recent data sharing partners struck by Nine is with Acxiom subsidiary, LiveRamp, to access third-party audience offerings, including 600-plus custom audience segments that can be targeted across all of the media company’s major digital properties.

Nine has also partnered with Equifax to augment its audience data with finance and insurance insights; partnered with Qantas loyalty subsidiary, Red Planet, via the Australian Premium Exchange launched by Nine and Fairfax Media with AppNexus; and gained access to in-store transactional data from data marketplace provider, Data Republic.