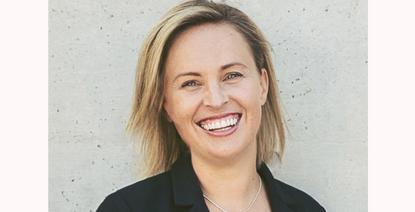 Wake joined the company in 2011 as marketing director, and has led the brand push as JCDecaux invested in digitising its network and providing more data-driven capabilities to customers. She was also instrumental in the launch of Digital Citylights panels across CBD locations.

Another milestone was spearheading a partnership with data marketplace player, Data Republic, which the company claims as an Australian first, giving JCDecaux access to geospatial, behavioural and transaction-level insights from its pool of data. Wake was also responsible for establishing the Pigeon Project, an online research consumer community, and Orbit, its geospatial planning tool for marketers and media planners.

Wake has spent 18 years in the media industry and was formerly a research and strategy director at Initiative. Her promotion comes following Max Eburne’s elevating to chief commercial officer late last year.

“Essie has made an invaluable contribution to building our company,” said JCDecaux CEO, Steve O’Connor. “Initially charged with leading trade marketing activities, Essie’s capabilities and tireless commitment warranted her promotion to our local management board.

“As we enter ‘JCDecaux 3.0’, Essie’s qualities will help steer the business in a broader marketing sense. She’s moved well beyond her initial remit, and the new CMO role recognises that and more importantly, acknowledges the increasingly important role that marketing, and all that it now encompasses, will aid in the growth of the company over the coming period.”

Wake said she was driven by JCDecaux’s innovative and progressive business spirit.

“Its commitment to innovation and design, as well as the investment in digital and data capabilities to offer advertisers in-depth, dynamic knowledge about our audience, makes it an exciting time to lead marketing as we enter a new era of growth,” she said.