What CMOs need to do to cope with marketing change management

We explore how digital disruption is not only changing marketing channels, but the way teams need to execute strategy and work 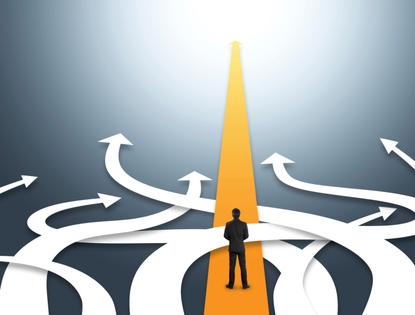 Digital technology has wrought unprecedented change on marketing, rewriting both the media landscape and the back-end systems and processes that marketers use to reach it. With so much focus on the technologies transforming marketing, it is not surprising managers and employees feel they are scrambling to keep up.

Jennifer Frahm is the author of forthcoming book, Conversations of Change – A Guide to Implementing Workplace Change, and has worked with numerous marketing executives to implement change programs. She says a key issue marketers are grappling with is the move away from functional expertise to a new space where the capabilities they need are rooted in experimentation.

This means embracing a fundamental shift in perspective away from knowing everything, to instead now being reliant on data to provide the answers.

“Once upon a time, marketers knew their audiences and how to approach those, and they had tried-and-true ways of doing it,” Frahm tells CMO. “With the changes that have come along with hyper-fragmentation, you have to move away from command-and-control. The only way you can control in a fragmented environment is managing data, and being prepared to experiment.”

What it takes to harness change

Managing change effectively means not just changing the technology, but also changing systems and processes and the skills that use it. Ultimately, this can lead to a change in the entire culture of the function.

Frahm says getting it right means balancing change with stability, and that both can exist harmoniously.

“Stability is the strategy piece that we are sticking to,” she says. “The change piece might mean changing up channels, offers, price points – all of those kinds of things – to achieve that strategy. But for a lot of marketing people, they feel like there is constant change all around them, and they don’t necessarily see their strategy as their anchor.”

In many organisations, this process of change stretches back over a decade. With so much change happening at a rapid pace of a lengthy period, it is not surprising to see examples of change fatigue. The antidote is something marketing functions are supposed to have as a core capability – communication.

“The reason why you have organisations that are heavily change-fatigued is because nobody has done any work to say ‘here’s the work you did beforehand and here’s what we got out of it – let’s celebrate’,” Frahm continues. “Because those conversations don’t happen, people are exhausted – they have had no dopamine or positive endorphins around it.

“They are also highly cynical, because nobody has actually unpacked what they didn’t do well and what they would do differently next time. So they lose trust in the end of the change process. Whereas if somebody unpacked that, they’d have some hope it would be applied next time, and it would be easier to get on-board with the next change.”

Corporate manager of marketing for luxury consumer brand Lexus Australia, Adrian Weimers, agrees the continued fragmentation of media has led to a need for different skillsets its own people, as well as the agencies it partners with. If Lexus is to develop the strategies and creative necessary to navigate a changing and evolving landscape, greater agility is required, he says.

That belief was put into action recently with the release of Lexus’ new mobile-responsive website, created in collaboration with its digital agency, IE Agency. Weimers says the site was created in a way that flew in the face of existing processes.

“Typically, you would come up with a list of requirements and develop from there, but that takes considerable time,” he says. “This is compounded by a long development phase that upon launch has countless errors that need to be corrected. The collaboration with our digital agency enabled us to develop in a nimble manner – we built something quickly and learned quickly. In the end, we got a great product that was on time, on budget and we knew what it would look like throughout the entire development journey.”

Up next: What Deakin Uni is doing to cope with change

While Lexus Australia has embraced the agile philosophy at a project level, for Deakin University’s marketing team it has become the new operating methodology for business-as-usual activity.

Executive director of marketing, Trisca Scott-Branagan, says that while digital has absolutely transformed marketing in the last few years, the next wave of disruption is in process.

“The martech we are using, and particularly the adtech, is operating in real time, and if we apply the traditional waterfall approach of marketing to that, it is not going to work,” Scott-Branagan says. “We need to apply agile in how divisions function generally.”

The decision to embrace agile on a BAU level came at a point last year where scheduling challenges led to four major projects all needing to be delivered practically simultaneously. Elements of agile working were introduced, such as teams starting their days with stand-up check-in meetings, followed by weekly scrums at a project level.

“We just saw the benefit, of how people knew what was required of them, understood the bigger picture, knew what was happening around them, and understood the interdependencies between them and others,” Scott-Branagan says. “It really empowered the staff to operate far more efficiently and quickly and mobilise collectively together.”

This has also had the benefit of reducing email and meetings, and allowing people to get on with their work.

“It empowers the most junior staff person all the way up in what they do,” Scott-Branagan says. “And it helps them see value in what they are doing and their position in the bigger machine. We have always had a really greater culture in our division, but I am seeing it going to a whole new level.”

For all the change that has taken place at Deakin, Scott-Branagan acknowledges she is just at the beginning of the journey.

“We know this is going to be an investment for the next 12 months to really reshape how we operate across the division,” she says. “From a people perspective, staff are so energised by this. Because there is nothing more unmotivating for a staff member than not being able to do great work because they are constantly dealing with emails and having to be in meetings.”

The success of the change program is also reflected in the comments of older workers.

“They are relieved that they are seeing an alternative to the way of working that in the past hasn’t worked so well,” she says. “If you are losing people, and particularly the good people, it indicates something is not right. We don’t have that problem here at all.”

The shift to agile within marketing departments is also being reflected within the companies that serve them. Deakin’s digital agency, Hardhat, is having already elected to reorganise along agile lines.

“More than anything we have to be great at change, because we are helping out clients go through change on their side,” says managing director, Justin Kabbani. “We are in a marketplace where the products and the services and the way we are providing things are changing. Yet we are still trying to be true to something that is enduring.”

Kabbani says the shift to agile at a BAU level at Hardhat level has not always been easy, and was not embraced by all staff members, especially as it requires all staff become client-facing and more comfortable with ambiguity.

“We had a number of people who at the start of the journey said, ‘thanks so much, but this is not for me’. And one of these was someone who really succeeded in that command and control management model.”

Getting past the fear barrier

Frahm says it is no surprise some will reject change, as the brain is hardwired to look for certainty.

“When people say ‘I don’t like change’, it is more that the brain really likes certainty,” Frahm says. “Provided you can communicate where there is certainty - what’s staying the same – people are great with change, because that stops their brain looking for it.”

Likewise, when people resist change they are might also be displaying a valid emotional response to what is being introduced.

“What people are telling us is they don’t have enough information, they don’t believe in the future state, or they mightn’t feel they are equipped or ready to do this,” Frahm says. “Whenever we see resistance to change, it is usually valid expressions of concern, so it is actually not a bad thing.

“People talk about overcoming the resistance, and that is really old school thinking. Resistant people care enough about the change to be engaged in it. And resistance to chance is the start of a conversation of understanding.”

But she says no organisation will successfully navigate its way through a period of significant change if it lacks strong leadership.

“It is not so much the capability of mangers to introduce the change, because I think people are fairly permissive,” Frahm says. “If you have a leadership team that has recognised the need for change and will support those around them and get the blockers out of the way, and make the calls that need to be made, then you’ll have change.

“But you do need strong committed leadership to the change. Without that, it is unlikely you will achieve the benefits of what you are seeking.”

While the pace of change in marketing is ultimately changing the marketing function itself, some things do stay the same. While Lexus might be embracing new methods of working, Weimers says the requirements for experience will not fade – nor will the two core personality traits he looks for.

“To me an effective marketer has two qualities,” he says. “The first is grit, where they possess an idea and refuse to let go of it and want to see it to the end. Secondly, it’s the ability to connect seemingly fragmented opportunities or pieces or information.

“If you have a group of people who are good at their function and possess those two qualities, then I believe you’ll have a great marketing team.”