Ad agency highlights importance of imperfection, while McKinsey & Co looks to articulate the bottom-line economic impact of creativity at this year's Cannes Lion Festival of Creativity 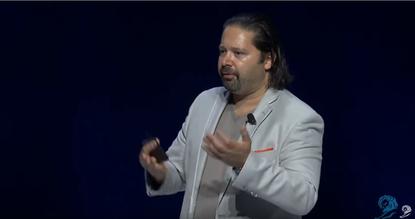 It’s being imperfect, rather than perfect, that brands should focus on if they want to win over consumers.

That’s the view of the team at Japanese ad agency, Hakuhodo, who spoke on day two of the Cannes Lion Festival of Creativity. Using the analogy of taste, and the fact that it’s imperfect taste that leads to the “perfect appetite”, the trio said brands trying to be too perfect may actually fail in attracting consumers’ attention.

“It applies to advertising as well. A perfect message that’s perfectly on brand, co text and is perfectly targeted, doesn’t always succeed,” creative director, Kazuaki Hashida, said. “By being too perfect, people move their interest and attention and stop being imaginative.”

Hakuhodo’s touchpoint evangelist, Harujko Minagawa, said the danger with the growing reams of advertising technology now available to marketers is that they can get “carried away and insist on perfect”.

“But the perfect plan isn’t perfect at all. Imperfection is much more intriguing – we should cherish the imperfect, inexplicable, mysterious,” she said. “We should of us on that indefinable something that engrosses people, because in that may lie the key to the future of creativity.”

Of course, creativity is isolation isn’t going to get brands anywhere. Marketers need to continually lift their game in terms of business economics to retain their level of influence.

McKinsey & Co has used data from the last 16 years of Cannes’ awards to understand the economic impact of creativity. In his opening speech at the event, McKinsey partner, Jason Heller, said it’s clear creativity delights and inspires, particularly in the consideration phase with consumers.

“But to senior executives, there’s always a question that’s looming: Do these investments create economic value?” he asked. “The short answer of course is yes.”

To gauge this, McKinsey attempted to create an index that shows creativity in terms of business performance. The proxy was Cannes’ data to create the ‘Award Creativity Score’, made up of three components: Number of Lions awards won over time based on level of prestige; breadth of categories; and consistency of performance.

“Does creativity equal performance? No, but it is part of an equation that drives performance,” Heller said. “There are lots of factors driving business performance – companies that are more technologically included, those with stronger market positions or that have supply chain and distribution excellence. But creativity is part of the overall equation.”

Alongside the correlation scores, McKinsey identified four business practices across these top-performing organisations that help marketers get the economic bottom line to creativity right.

The first is to hard-wire creativity into daily practices. This is about explicitly, including the agenda of creativity in what you do every day. More than one in three companies with higher ACS talk about creativity in board director meetings, Heller said.

In addition, 70 per cent of these top-performing companies view and prioritise marketing spending as an investment, rather than an expense. They’ll even protect marketing spend in down cycles.

“Senior executives should be role models here, being part of it and driving that solution,” Heller said. “Also be maniacally consumer focused. The more you know about your consumers, the better you’ll market to them, value proposition and creativity.”

There is an art and science to this as well, and Heller noted top-performing companies have a larger suite of tactics and methodologies to figure out what makes customers tick.

“Those organisations with high ACS scores are fanatical about understanding their customers and their pain points and are doing something about it. It’s about operationalising insights into action,” he said.

Heller’s third piece of advice was to embrace the need for speed. “That accelerated piece of insight to action and insight to revenue capture is incredibly important not just for marketing, but across the organisation. Marketing should be at the forefront of that, not riding on the coat tails of another transformation,” he said.

Fourth on the practice list is adaptability. That means being iterative, using data and analytics, and putting practices in place where cross-functional teams can make decisions together.

“It’s not a hierarchical process. Over time it’ll require organisation change but it’s initially a mindset change, and that will eventually invoke the behavioural change,” Heller said.