5 tips to boost engagement with gamification from Donut King

The food retailer’s chief digital officer reveals how a brand can reach epic engagement results by having the right gamification strategy. 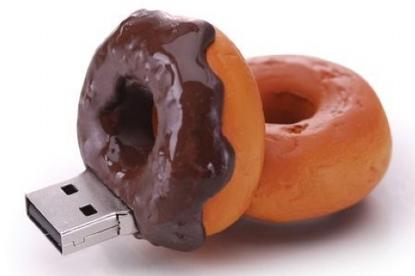 The Donut Rush app, developed by specialist app agency, Millipede, was launched as an infinite running game, where the main characters – known as Donut Warriors – collect donuts as they race throughout a fantastical land.

The aim of the game is to earn as many points as possible, redeemable within the game for vouchers. Customers can use these vouchers at Donut King stores nationwide for free donuts, and there’s even an option to enter a competition to win a year’s supply of donuts.

Since its launch in March, the mobile game has gained top position in both Google Play and Apple App Store’s charts, often overtaking app giants such as Gumtree, eBay, Skype and Twitter. With more than 320,000 downloads, and more than 20 million minutes of engagement time, the app’s popularity and extensive gameplay saw it reach number one position in Apple’s App store and the Google Play last week.

Chief digital officer of Donut King owner the Retail Food Group, Kevin Wordon, who headed up development of the app in collaboration with Millipede, said that in order for brands to enjoy the same level of success, marketers need to think about five key elements.

1.    Keeping it immersive, fun and interactive

A key way to keep millennial customers engaged was to keep the game immersive, fun and interactive, Wordon said.

“Our customers are tech savvy and mobile, and with this app, we have managed to get them engaged and in touch with the brand directly and at a fraction of the cost of more traditional marketing methods,” he said. “It’s an increasingly cluttered landscape with thousands and thousands of messages being sent to customers every single day. It’s important to find a way to cut through that and really provide customers with a relevant and memorable experience with the brand.”

When creating an immersive experience, Wordon said it’s important to consider the incredible power to engage via an app compared to a traditional television advertisement.

“Customers engaging with the Donut King brand via Donut Rush on average, for 8 minutes and 45 seconds per session. This equates to 17 times the length of a 30-second ad,” he explained. “And with over 20 million minutes of gameplay and 2.85 million gameplay sessions, the immersive brand engagement is priceless.”

2. Create a seamless link between the online and instore experience

One of the key components of the Donut Rush app was that customers collected their prizes instore. By driving customers to redeem vouchers for free donuts, the app provided the added benefit of significantly increasing foot traffic into Donut King stores.

“This is where a comprehensive omni-marketing strategy comes into play, utilising point-of-sale displays, bunting, posters, stickers on coffee cups, LCD displays, digital and social advertising and a TV commercial to drive app downloads,” Wordon said. “And we saw an overwhelming increase in store visitation as customers went in to redeem the prizes.”

3. Collaborate with the right tech partner

In order to make a successful and engaging app, Wordon stressed it’s important to do your research and partner with the right tech agency.

“You need to find a fantastic partner that supports you all the way,” he said. “We loved the team’s creativity at Millipede. We had a lot of good feedback on the level of support as well during the campaign period.

“We met with the founder of the company and loved the direction the company is going in in terms of providing those engaging and memorable experiences for users. Millipede takes a lot of pride in the work and we certainly saw that throughout the development.”

Wordon said his team was incredibly proud of how smooth things went, an outcome of large amounts of forward planning and having a safe development window.

“It also allowed us to effectively test the app and get franchisees and our business stakeholders on-board, ensuring we had that omnichannel strategy down in place,” he said. “I guess it's an understanding of the timeframes and allowing enough time to develop an app so it’s not rushed, along with ensuring your tech partner has the right infrastructure in place for the performance of the app its success.”

In addition to the incredibly high return on investment already gained by the development of Donut Rush, Wordon noted the significant increase in subscribers by over 300 per cent.

“The app is integrated with our marketing automation platform, Marketo, which we use to track our customers’ journeys across our business, effectively marketing to the various stages of a purchase pathway,” he said. “RFG has embraced engagement marketing head on, rolling out an organisation-wide approach to data-driven communications, providing brands with an enhanced opportunity to engage with customers in a cohesive way across all channels.”

According to Wordon, it's really important to have that loyal customer base when focusing on the lifetime value of customer and really provide them with communications that are meaningful and engaging to them as well.

“So that certainly is driving traffic into our store was important but also growing our subscriber base is incredibly important,” he added.

5. Ensure you have an overarching digital transformation strategy

RFG has also internalised a lot of its digital marketing function in an effort to increase its digital presence and continue to evolve its engagement strategy.

“We're also looking at other ways of getting our donuts out and distributed to our customers,” Wordon said.  “There's a lot of homing taking place as more customers looking to get things delivered to their homes. So we’re looking at being more convenient to our customers as well as really advancing our mobile strategy for the brand too, which will lead into mobile loyalty and ordering as well.

“We’re even looking at VR and AR down the track as a means of continuing to engage our customers in new and interactive ways.”