Nudge nudge, wink wink: How far is too far in influencing consumer behaviour? 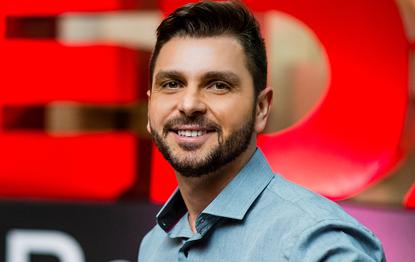 But where is the line drawn between influence and manipulation? And what is the risk to brand reputation when a consumer learns they are being manipulated?

In their 2008 book Nudge, authors, Richard Thaler and Cass Sunstein, discussed how the use of psychology and behavioural economics can be used to deliberately manipulate how choices are presented to consumers, and hence influence their behaviour.

Now the principal consultant at software consultancy, ThoughtWorks, Fabio Pereira is seeking to spark a global movement to discuss the ethics of ‘nudging’ consumers in the digital world, and find ways to leverage knowledge of behavioural science and nudge theory to make the world a better place.

Pereira’s interest was sparked by a talk given by Dan Ariely, the James B. Duke Professor of Psychology and Behavioral Economics at Duke University and author of the books Predictably Irrational and The Upside of Irrationality, who spoke on how people make irrational decisions in a predictable way.

“We make about 35,000 decisions a day, and what I started realising was that a lot of those decisions have started becoming digital decisions,” Pereira tells CMO. “Either consciously or unconsciously, we end up delegating some of our decisions to the digital devices. Our smartphones have become an extension of our minds, and they sometimes make decisions on our behalf.”

Whereas nudge theory in its original form postulates the placement of objects or signals in physical world might influence consumer behaviour, Pereira says the same holds true digitally.

“So I created the concept of ‘digital nudge’ to raise awareness of the fact that we are being nudged towards making a decision, whether we know or not.”

One of the most common digital nudges is known as ‘default bias’. An example of this is where check boxes are pre-selected to drive a preferred behaviour, such as signing people to receive content they had no prior interest in receiving – a concept described by London-based UX designer, Harry Brignull as ‘dark patterns’.

“These are ways we use design to influence people towards doing things that they are actually not aware of, and may be things they don’t probably want to do,” Pereira says.

Pereira’s mission now is to raise awareness among consumers as to how behavioural economics is being used to nudge them, and to also examine how digital nudges can be used to improve people’s lives, as part of a movement dubbed #digitalnudgesforgood.

“That is an attempt to align the needs of the users with the needs of the business that is actually creating those nudges,” Pereira says. “It is bringing up the ethics and morality around why we nudge people and what kind of nudges we have. As individuals, we need to be more aware of when this is happening to us so we make better decisions.

“And as organisations, we need to reinforce the goal alignment between the persuader and the persuaded in order to have trust built. Because otherwise users will be nudged in a way that, if they find out that they are being nudged, then trust will be lost. And what we want is trust to be built via those nudges.”

Pereira cites one example of digital nudges being used for good as Ayuda Heuristics. This uses machine learning to help patients with diabetes understand more about diet patterns. Another example is Netflix’s ‘watch next’ nudge, which is favoured by consumers as it leads them to discover things they actually want to watch.

Pereira says the opportunity in the digital world is to use the scale of digital interactions and capabilities for mass-personalisation to nudge large numbers of people simultaneously.

“There are definitely ways we can scale the personalisation of the digital nudges for the benefit of the users, whereas in the physical world it is much harder to do that,” Pereira says.

Pereira is currently writing a book on the digital nudge concept, for release in 2018. While he says while discussion of the moral and ethical implications of nudge theory in the digital world is increasing, advancing technology is making these conversations more urgent.

“Machine learning will amplify the number of possible decision that computes can make on our behalf,” Pereira says. “We need to build the morals and the ethics behind this, and we should have the discussions so we can have computers make decisions that will help us.”