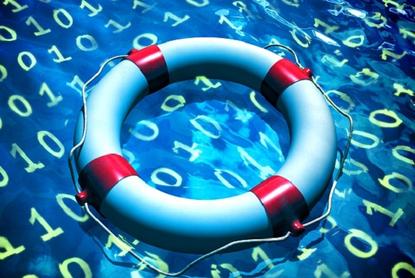 Allan Godfrey is in the business of saving lives. And as general manager of marketing of WA’s Royal Life Saving Society (RLSS), he is using a mix of digital technologies in order to modernise and strengthen its social enterprising efforts and better engage with the community.

WA’s RLSS, which looks after 10,000 kilometres of inland waterways and a vast number of pools, focuses on all sectors of the market at risk from drowning. Key groups include the 0-4 age group, school-aged kids learning to swim, youth (at risk from teenage drinking), and the elderly (prone to falls and accidents).

“It is about purpose, not about product,” Godfrey told attendees during his presentation on ‘driving real-time customer engagement’ at the Sitecore Trendspot 2017 event in Sydney.

The society has seen a 20 per cent reduction in drowning in WA over the last 10 years. But that’s nowhere near enough, Godfrey said.

“We need to consistently drive that number down. We lost 55 children in the last 10 years to backyard drowning, to bathtubs, to blow up swimming pools,” he said. “We have to do better than that.

“Every day I get up and have the best job in the world: Deciding how I make money for Royal Life Saving so I can reduce that number.”

The RLSS makes $11-12 million per annum, with a surplus of less than $100,000. “As an organisation, we have a model similar to a lot of contemporary charities, which is not only to get money from government, but to go out and run social enterprises,” Godfrey said.

“To generate our own income and our own surpluses, so we can invest in our cause - so we can prevent drowning in the community.”

In that vein, Godfrey has been turning his attention to beefing up digital efforts. The RLSS brought on Sitecore 18 months ago in order to embrace digital in a way that could help the society make money. Initially, the project was to simply upgrade what was “a very archaic” Web presence with technical limitations.

“There are 19 operating businesses within Royal Life Saving within WA, whether we’re running the sport of life saving. We also have 600 community trainers teaching first aid/CPR out in the community, and run six swimming pools in remote Indigenous communities. We teach 200,000 kids to swim. We do a lot of stuff and that presented a challenge in terms of rolling out a digital strategy,” he said.

“We did our initial implementation, but we learned many things through that process. We started to work out how we could use Sitecore to make the business far more effective and engage better with our members in the community.”

Already, implementation of the new platform has resulted in 17 per cent more sales. “That was part of the efficiency of what the Sitecore platform delivered us, but it also drove us to change our behaviour in terms of how we engaged with the community,” Godfrey said.

Additionally, the platform enabled RLSS to analyse which business units were ready for change and which ones weren’t.

“We took an honest look at the business units and where they were at in terms of their maturity in the digital space,” Godfrey continued. “And we accepted that some of them effectively were just brochureware: Offering basic content. We didn’t have the resources to change that overnight, so we picked areas to focus on.”

“We used Sitecore as our CMS and under that we built a shopping cart and catalogue to sell product to the market,” he said. “It is just a product catalogue, but more importantly, integrated with our finance system, which we hadn’t done before, which meant the back-end costs of that integration, which was done manually before, were saved. We also have an integrated a payment gateway.”

The end result is a marketable solution. “What we ended up with was a solution that allowed us to market not just in WA, but nationally. We do get a lot of customers from the East Coast because of this capability,” Godfrey said.

Additionally, a major part of the business is teaching first aid and CPR to the public and to businesses. The platform allows people to look for the training they need, register and go through that process in a simpler way.

To do this, RLSS integrated the Sitecore platform with its CRM solution, VetTrak, which manages vocational training, and learning management system, Moodle.

“At any point in time, we have 25 live courses running, up to 15 different locations using promotional codes,” Godfrey said. “Importantly, we have over 900 registrations a month and are pushing $100,000 on sales a month, all seamlessly linked back into our accounting system. It all goes back into our VetTrak system, which manages all the compliance related to training.”

Godfrey said the society’s move to beef up its fundraising functionality through enhanced technology has been a real highlight in its digital efforts. For the last 20 years, RLSS has run raffles and found it a very effective way to engage people.

“Raffles are really important to our overall income and, of course, we wanted to provide that as a self-service through the website,” he explained.

So RLSS rolled out a raffle engine online. “You can buy a raffle ticket, put it in your shopping cart, and get an email attached with the PDF with your tickets. The process is all self-serve through our catalogue,” Godfrey said.

But after intense reflection on the original raffle functionality online, which took a lot of clicks, Godfrey said the society decided it could do even better, and created a microsite strategy for raffle purchases only.

“People would get part of the way through the process and would drop out. So we knew that there were too many clicks,” he said. “Using the structure of Sitecore, we built a dedicated site related to selling raffle tickets. It opened up new opportunities for us, which was building it as a white-label model and provide as a software-as-a-service to other not-for-profit organisations.”

In rolling out the solution to other not-for-profits, RLSS’s offering has been integrated with a third-party payment gateway, connecting it to any bank. Already, several groups have adopted the technology including the Children’s Leukemia and Cancer Research Foundation, Red Cross, Red Nose and Rebound. Six more are set to come onboard in coming months.

“We’re now able to work with charities in a cooperative model that they get access to a tier one product. They get a purpose-built solution for their fundraising efforts. That has been great for us,” Godfrey said.

Asked his next step, Godfrey said he’s working to further developing customer journeys by building personas for different parts of the business, and improve personalisation in engagement campaigns in order to add value.

“There is much to do with regards to personalisation. We have some really great ideas. It is not the technology that is going to stand in our way, it is the innovation,” he added.