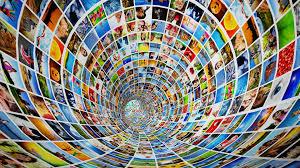 A lack of expertise in programmatic video advertising, not just brand safety fears, is holding back an otherwise hungry pack of Australian brands keen to invest in new and innovative digital video advertising solutions.

A new global report released by AOL today looked at both the appetite for video advertising across the media buyer and seller landscape, as well as consumers. The survey found Australian media buyers are some of the most eager to embrace change, with 4 per cent of local buyers expected to go ‘all in’ with programmatic and increase spending by more than 100 per cent in the next 12 months. This was double the nearest country result, and the highest result recorded globally.

The key challenge cited is expertise. Sixty-one per cent of the local media industry reported a lack of expertise as a major obstacle in selling video inventory programmatically. According to the report, Australia is the only market where this is the principle concern and was much higher than the global average of 30 per cent.

Other major stumbling blocks are brand safety (55 per cent), the perceived risk of losing a direct buyer relationship (45 per cent), and a lack of existing process and systems (45 per cent).

None of this is stopping progress, however. For instance, the report found 65 per cent of Australian media agencies are currently buying or plan to buy virtual reality digital video in the next 12 months, believing VR has an important place in the digital video media mix. Again, Australian was higher than global expectations (60 per cent).

In addition, 79 per cent of Australian media agencies believe new video formats will provide a better consumer experience, in line with global expectations. Mobile also got a mention, with 44 per cent of Australian advertisers expecting to increase mobile video spend by at least 25 per cent over the next year. This was slightly below the global average of 47 per cent, and significantly lower than the US (70 per cent).

Other growth drivers listed for video uptake by respondents were ‘ social media video offerings’ (42 per cent) and ‘better targeting and personalisation of video ads’ (also 42 per cent).

From the consumer’s perceptive, the report found 65 per cent of Australians are watching some kind of video daily, with 59 per cent watching more video than they did a year ago. Most prefer to watch content online or through a connected TV, although 31 per cent said they discovered video through social feeds, and 31 per cent via people they know, indicating the decentralising of content being produced.

“It’s now far too easy to flip between platforms, and attention spans are increasingly limited, as we see with the relatively high demand for super-short video experiences,” he said.

“Advertisers and media agencies are looking at a wide range of different opportunities to reach out and engage with this more dynamic audience. Programmatic and mobile are major opportunities, as are finding audiences through digital media and social media becomes important. But, equally, that drive towards providing quality content will lead publishers and advertisers to look at emerging media.”

The AOL report was based on a survey of 200 B2B and 100 consumer respondents.