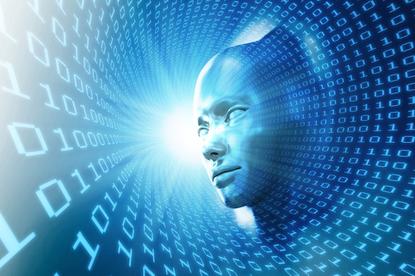 A new study of consumers across generations has found the majority would welcome brands using artificial intelligence to better inform and direct buying decisions.

The Consumer Perceptions of AI Survey, which was conducted by adtech vendor, Rocket Fuel, polled nearly 1900 consumers across eight countries including Australia, and found 80 per cent of millennials (25-34 year-olds) see value in brands engaging them with personalised advertising and offers. When asked, 62 per cent also saw the value of using AI to make suggestions and products or services they might want based on their interests.

Gen X was slightly less impressed with AI, with 74 per cent seeing personalised advertising and offers as a benefit, and 53 per cent liking the idea of product suggestions based on interests. Baby boomers (55+) were at the bottom of the list.

Across the board, the results paint a positive picture for how AI is being perceived. Two in three of all consumers surveyed saw AI as an exciting technology development, rather than a negative one, a figure highest with men aged 18-34 (81 per cent). Sixty-nine per cent also agreed it’s becoming a part of everyday life, with 17 per cent believing it’s already being used widely.

Specifically, 64 per cent were aware of AI’s application in military, 61 per cent in the home, and 61 per cent in media, advertising and marketing as a combined practice. More than half of those aware of AI viewed it as a positive technology (57 per cent).

When asked if AI is a force for good or evil, 40 per cent of all respondents said good, 6 per cent said evil, and 45 per cent said both. About one in five were scared of AI – the highest percentage being gen Z females (25 per cent, aged 18-24), the lowest, millennial males (13 per cent). But three in four said they didn’t think AI would replace humans in terms of jobs emotionally, and two in three didn’t see it replacing humans in terms of creativity.

In terms of benefits, consumers said AI was most about driving efficiency and completing tasks faster (54 per cent), followed by productivity (51 per cent) and predictive (47 per cent).

Read more: Exclusive CMO interview: Where Oracle is heading with AI in marketing

Read more: 8 things you need to know about AI in marketing right now

Rocket Fuel country manager for A/NZ, Mailee Creacy, said the research provided insight into the role AI can play and where consumers are expecting it.

“Artificial intelligence can help marketers navigate the oceans of data that exist today and anticipate the moments a consumer is most likely to notice them or take interest in their brand, products and services,” she added. “This means they can offer real-time, contextual targeting that allows them to find potential customers and serve ads that are anticipated, even enjoyed, rather than irritating.

“This is really only the beginning of the journey. As artificial technology continues to develop we expect to see it incorporated into our lives and experiences in deeper and more meaningful ways.”