The appointment of Emma Terry as Tourism Tasmania's CMO replaces Guy Taylor, who left to join the Tasmanian Brand Project 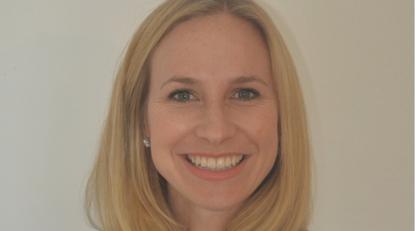 Tourism Tasmania has appointed Emma Terry as its new CMO, and the pressure is on to deliver impressive results and fill the void her predecessor Guy Taylor, left when going to lead the Tasmanian Brand Project.

Taylor was listed in the inaugural 2015 CMO50, which recognised his strategic aim as CMO of Tourism Tasmania to offer refreshed and creative thinking and a nuanced cultural offering where the brand is as much about the people as it is about place.

Tourism Tasmania’s CEO, John Fitzgerald, said Terry‘s 17-year career in the marketing strategy, brand and communications area, coupled with her broader business and management background, made her an ideal candidate for this role.

“We have an important job to do in helping the State Government and tourism industry reach their goal of attracting 1.5 million visitors a year to Tasmania by 2020," he said. “Our role is to create demand for travel to the state by connecting people culturally and emotionally to Tasmania through our domestic and international marketing programs.

“Although we’re currently seeing a record number of visitors coming to the state from interstate and overseas, we still need to grow to reach our goal. Emma will play an important role in delivering this growth."

Terry was the former group manager for strategy and customer for the Federal Group, and led the brand development, customer segmentation and marketing strategy for the Group’s tourism properties, including the soon to be opened MACq01 on Hobart’s waterfront. She has also held marketing strategy roles for Hydro Tasmania, Eurora Energy and Ashmore Foods.

Terry said that it was a great privilege to be given the opportunity to build on the state‘s significant tourism achievements.

“It is an exciting time to be joining the Tourism Tasmania team and I feel very privileged to have the opportunity to work alongside the tourism industry to promote our amazing State to national and international visitors," she said. "Tourism Tasmania is well-known for its innovative marketing approach and while Tasmania has well and truly proven itself as a world-class destination, its important that we continue to leverage this success to grow our visitor numbers and sustain this growth into the future."

In announcing the new appointment, Fitzgerald also acknowledged the fantastic work undertaken by Tourism Tasmania’s marketing staff over the past 5 months while recruiting was underway to replace Taylor.

“I want to acknowledge the commitment and professionalism of our existing market team, who stepped up to fill the void and successfully deliver our marketing plans," he said.

Emma Terry will begin her role as CMO on 2 May.