Ebiquity's chief strategy officer shines a light on the murky media practices and programmatic trends reducing advertising effectiveness, stifling ROI, and artificially distorting media markets, but says there is a way to overcome them 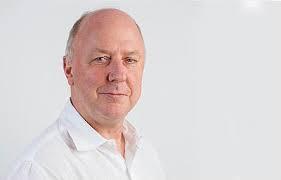 Ebiquity chief strategy officer, Nick Manning, delivered a scathing review of the media supply chain at last week’s AANA event, attacking programmatic and highlighting some of the other major challenges associated with the lack of media transparency in the advertising industry.

“In order to get to media transparency, we need to address the elephants in the room. We do have to talk about the issues that make advertisers and agencies uncomfortable,” he told attendees. “We can’t solve the industry problems if we aren’t honest about what those problems are.”

“Programmatic is the biggest problem of all,” he said. “Programmatic advertising for most of our clients is simply not working. How do we know that? We do an awful lot of ROI analytics work and we very rarely see programmatic producing a positive return on investment. It can happen - we do see it happening, but with the majority of our clients, it doesn’t. And that is a real problem.”

All of this has led to trust issues within the industry between advertisers and agencies, Manning said. “A lack of transparency damages trust and we have to restore that to get to a healthier industry.”

Building the action plan for change

But Manning wasn’t all doom and gloom. He claimed there’s a way to clean up the mess and combat the problem, and outlined a four-point action plan for media transparency that advertisers can adopt.

“Marketers need to actively manage their channels now more than ever before, particularly in media. Because it is the most complex and dynamic of all of channels advertisers have to deal with.”

Manning called for advertisers to build an "active stewardship program" to make sure the right decisions are being made, and to also work in harmony with partners (whether that is with the agencies, adtech companies or the media owners), particularly in the digital space.

Advertisers should expect their media partners to ensure planning of campaigns is impartial, maximise working investments, follow the money to be aware of media trading incentives and potential conflicts of interest, and actively aim to impose transparency and restore trust.

Manning’s clear strategy for media stewardship involves having strong internal processes to deliver it; ensuring effective controls of all media processes, actively managing the expenditure; negotiating fair compensation and transparent contracts based on scope and costs, with incentives based on ROI; and implementing a data management strategy that better controls programmatic.

“Take control and manage your media, not in isolation, but with your partners. Have effective controls of all of your media processes and actively manage the expenditure,” he said.

“It may seem obvious, but you should contractually stipulate that the only remuneration the agency or other partners will receive from you are the fees,” he continued. “In other words, anything else is not for them, it is for you. And in fact, there may be nothing else at all. You will pay them the money they earn, and they will receive nothing else working on your business.”

In addition, advertisers need to cap margins on undisclosed deals, have a declaration of any potential conflicts of interest, and have far reaching audit rights and no restrictions.

On the contract front, Manning said advertisers need to ensure contracts are fully executed and reviewed annually, adding the industry is “extremely poor at having well-executed contracts” currently.

In terms of data management, advertisers need to assert ownership of data and exert control over the media technology employed. “Media research and data platforms should be specified and agreed upon, partner/supplier selection should be advertiser-led, and all data and money inputs and outputs should be transparent,” he said. “If you haven’t got a data management strategy it is very hard to manage your business these days, when first-party data, in particular, is so important to you.”

“Money is gushing into programmatic like there’s no tomorrow. The market is not working well,” he said, explaining too much money is going into the production chain, while not enough is appearing in front of consumers.

“An inefficient channel is receiving more and more investment and that shouldn’t happen and it is damaging for the industry as a whole. If the advertising in programmatic isn’t effective, and produces things like brand safety problems, it is a problem for the whole industry.”

Viewability is another major concern. Manning said it’s critical to work with partners in order to determine how to improve viewability. “Fifty per cent viewability is average,” he pointed out. “You need to be doing a lot better than that, otherwise your advertising is just not viewable, even for a second or two.

“You have to actively manage that and get your partners to implement right technology - and that includes reducing ad fold and ensuring brand safety.”

Additionally, Manning suggested implementing a daily code of conduct. “This reminds everyone in your activity that they have a duty to you, and you have a duty to them. This is part of restoring trust,” he said.

AANA CEO, Sunita Gloster, said Manning’s talk stood apart from AANA’s usual inspiring events, offering attendees “capability development” on the shortcomings on the digital media supply chain. She agreed the topic is challenging, “difficult to hear and at times makes us all a little uncomfortable.”

“The time for talking is over. The ANA, ISBA in the UK and the WFA are accelerating on a systemic assault on cleaning up the media supply chain for the credibility of our profession,” she said. “Whatever we decide to do or not do here in Australia, we will be swept up in the global currents regardless.”

Already, many brands have pulled content from Google display in light of misleading practices in the digital supply chain, Gloster noted. In addition, Google’s recent mishaps allowing advertising to appear against extremist content on its YouTube website has seen a host of premium brands pulling media spend from the site.

“We’ve now seen Havas Media in the UK [with O2, Royal Mail BBC], joined by McDonalds, Sainsbury’s, Lloyds Bank, HSBC, The Guardian and The UK Government - amid brand safety concerns suspend all of their ad spend on Google Display and YouTube until further notice,” Gloster said.

“But it’s not just about the duopoly - Amazon, Snapchat, Twitter, Instagram, LinkedIn, Pinterest and Foursquare were all put on notice (recently) by the ANA again - to embrace transparency and get audited by the MRC.”

Manning agreed advertisers are now excessively reliant on Google and Facebook, which can lead to brand safety issues if not properly managed.

“We know from recent events that Facebook has had metrics issues,” he said. “There is a real problem with this now. It is a big issue we need to think about. You, as advertisers, need to have a position on this. You need to work with your partners to manage Google and Facebook in a way that works for you and doesn’t lead to brand safety issues. We can’t blame Google for all of this - we have to actively manage them.”

“If we all do our part, we all benefit and best of all consumers benefit. Driving media transparency should not be optional, it’s a responsibility,” Gloster said, citing words spoken by P&G chief brand officer, Marc Pritchard. “There's no sustainable competitive advantage for anyone in a complicated, non-transparent, inefficient and fraudulent media supply chain. If all of us come together to grow the market, all the boats rise.”