Yoshi campaign worked ‘outside the box’ to build brand awareness 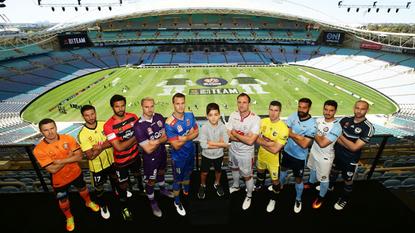 Football Federation Australia (FFA) “stopped talking only football” as it pushed out a non-traditional digital marketing campaign that aimed to make real connections with desired fans - particularly kids and young males - to support the Hyundai A-League.

In 2016, the club faced a challenge, according to Rob Squillacioti, head of marketing, digital and fan engagement, who told ad:tech 2017 attendees that although football has a high participation, less than half of kids under 15 who play support a team.

Around 2.18 million Australians participate in grassroots football; however, research shows that more than half of kids aged 15 years and under don’t support a Hyundai A-League team.

That unsettling realisation led to the birth of the FFA campaign, ‘You Gotta Have a Team,’ hatched in concert with BMF.

Squillacioti said the sole objective was to motivate the millions of Australians who play football to get on board, show their colours and pick a Hyundai A-League team, because ultimately ‘You’ve Gotta Have a Team’.

“Our very simple challenge we posed to the team was, ‘how do you get kids to wear more A-League jerseys?’” Squillacioti said. “How do we fuel their fire? How do we fuel the passion for the game because they are playing it, and bring them closer to our clubs.”

To do this, the club captured attention by focusing on storytelling and its unusual hero, Yoshi, a 10-year-old football-crazy kid who got up and personal with every Hyundai A-League team, then told the story through digital channels to help everyone make a choice of team to support.

With today’s audiences much wiser and more tech-savvy, brands need to provide deeper connections, Squillacioti said. “We all need to capture the attention of our audiences and be a lot smarter in how we do things,” he said, explaining the organisation has a four-year vision to grow fan connection.

BMF client services director, Dan Lacaze, said the campaign, which captured 238 million earned media impressions, was about harnessing the power of people’s love for their clubs.

“The idea was we wanted to find one of these kids that played football, but didn’t have an A-League team, and get the 10 clubs to pitch to this kid why; why should he, or she, choose their club,” he said. “The line we came up with, ‘you Gotta Have a team,’ was brilliant because it worked at a club level, at a league level, and it was also a colloquial phrase you hear across multiple sports.”

To find Yoshi, the club sent out an EDM to its Football Family database, or about one million Australians, Lacaze said, and chose him off his audition tape.

“He had charisma, an interesting multicultural background. He had a great name, a very memorable name, which we knew was a powerful media hook and he was not wearing an A-League jersey, which was the exact person we were looking for,” Lacaze said.

The campaign involved a six- to eight-week tour across the country, where Yoshi met players from all clubs.

Additionally, the campaign’s impact helped secure the value of FFA’s biggest TV deal in the history of the league.

Squillacioti said this campaign is a prime example of thinking outside of the box. “Our product is football, but none of that is football, or a very small part of it.”

“We really harnessed the power of our environment to sell Yoshi,” he said. “Our focus was primarily on digital and social channels and making sure we could tell a story because in 30 seconds it is hard to tell a story about ten clubs, and their unique elements. So we produced a video per club, a key content piece, where we locked the clubs to say, ‘you have three unique selling points.’ Give us the best of three and we will work with you to tell the story. And that’s how Yoshi got sold.”

Lacaze said in addition to the main piece of content, the team also produced 100 pieces of content for social, roughly ten per club. “We encouraged them to get their players involved and to interact directly with the A-League page which Yoshi was running.”

He said the campaign had a huge social effect in harnessing the power of the club, and in getting people to tell the message of the brands. “It was hugely rewarding to see it catch fire.”

Squillacioti agreed the campaign uplifted the brand and generated quite a nationwide buzz. “We had the country behind Yoshi," who ultimately chose Melbourne City as his team which was announced on TV.

Lacaze said the campaign taught the FFA use the attention economy. “Use people's passion for something you can to spread your message - and that’s what we did. We didn’t have the media budgets nor the broadcast reach of Big Bash Cricket or AFL, we had to find something that people were passionate about, people wanted to talk about and people wanted to share and spread that message for us."