Serious about disruption? It’s time to think differently about CX

Off the back of the latest AANA/Starcom Media Futures report, experts discuss what great CX means to brands serious about remaining competitive in today’s digital marketplace 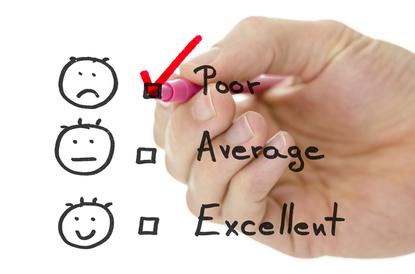 Customers don’t just want a user-friendly experience, they want to be thrilled and delighted. But an increasingly data-focused culture is seeing more and more brands missing the mark, experts warn.

The new 2017 Starcom Media Futures Survey, produced in collaboration with the AANA, revealed an expectation gap between the perception businesses have of their capability to please customers, and actual customer satisfaction. The report normally looks at the top 500 advertisers in Australia and incorporates all leading publishers, but for the first time this year also analysed how consumers think brands are performing in delivering great customer experiences.

Speaking at the launch of the survey in Sydney, Starcom’s CEO, Toby Barbour, said this year’s results indicated businesses need to think differently about CX if they are to keep pace with category disruption.

“The biggest issue this year we’ve found is that customer service is failing the customer,” he told attendees. “CX in its current form is not tailored to the needs of the 2017 customer.”

There is an expectation gap between how businesses think they are doing in their own CX capability and customer satisfaction, versus the actual customer perception of the business.

This trend is being reflected globally and in every industry. According to the report, the consumer expectation gap exists across every major category, with businesses scoring themselves most highly compared to consumers in the alcohol industry (63 per cent), airlines (61 per cent), banking (52 per cent) and beauty (48 per cent).

While this means some categories are at immediate risk due to the consumer expectation gap, Barbour suggested they are also ripe for disruption – and opportunity.

“Since last year, Australian businesses have gone through significant changes in their CX capabilities,” he said. “And those that are successful and disruptive are seeing six times more revenue growth than their competitors.”

To bridge the gap, Barbour, said teams needed to use data to uncover real human motivations.

“Businesses are prioritising data over people and we need a big pivot,” he claimed. “Customers are people, they’re human – and are more than just what the data tells us. But the complexity gap in data is feeding the consumer expectation gap.”

The report found the most exciting business opportunity in 2017 for respondents is personalisation (52 per cent). Yet while more than two-thirds of retailers claim (69 per cent) claim to deliver a personalised shopping experience to consumers, only 26 per cent of their consumers agree. The report also claimed many retailers still value the transaction over the customer experience.

Meanwhile, 74 per cent of consumers do not believe businesses even factor in their desires.

“Our business priorities are changing, along with the customer journey, channels, distribution strategy and consumer behaviour,” Barbour said. “We need to balance the short-term pressures of ROI with long-term investment in experiences that build brands. We have to shift from building customer experience to a human experience.”

For Creative Strategy Agency’s founder, Matt Jones, this all starts with accepting the world has changed much more than we currently acknowledge.

“We know within ourselves we aren’t keeping up,” he said. “There’s not enough Silicon Valley thinking that’s fast and transformational. Or Disney thinking, which is all about how to build something magical and delightful in that experience.”

When recommitting to the idea of brand, Jones said brands need to think of customers not as simply transactions, but as irrational and unpredictable human beings.

“We need to uncover the motivations and anticipate desire,” he said. “I’d like to see more design thinking – customers don’t just want useful experiences, they want to be delighted and thrilled. So we need to think about how our brands behave in the context of culture and what the overall sentiment is about our brand from our customer’s perspective.”

Marketers are “terribly influenced by what we can measure” and don’t have enough of a grasp of the theory behind brand or how experiences come together, Jones continued.

“We need to look at our brands as curated truths – consumers connect with truth,” he said. “Brands shouldn’t be too grounded in slogans and soundbytes, but should aim for the long-form narrative. Brands need to collaborate and co-create to break their own rules – so we need to create strategies for brands to lead, not follow.”

Seven West and the power of 'story doing'

“If you are a media company that creates content, the consumer experience has to be at the heart of what you do,” Seven West Media’s chief revenue officer, Kurt Burnette, said. “We’ve redesigned our next five-year plan and the term ‘customer obsession’ is at the forefront. We believe in not just the CX but the user experience.”

One way Seven West is striving for this is by providing live, real-time notifications through the Seven app for a consumer’s favourite events.

“With the Australian Open, I watched my favourite tennis matches on the go, and it gave me content that I wanted, where I wanted and it was a pretty good experience – but it wasn’t a great experience, there were still improvements to be made,” Burnette said.

One of these was extending from one channel broadcasting the Australian Opento launching Seven 2 and Seven Live Stream Courts in 2014. In 2016, Seven, Seven 2 and 16 courts were live streamed on the go, Burnette claimed.

“We were given feedback on the app such as the buffering time, how to download the app, and suggestions to improve,” he said. “We took our learnings from the feedback to deliver one of the biggest undertakings in Australian media history, and that was to deliver over 7700 hours of Olympic content across our multiple channels.”

As a world first, Seven West also rolled out a paid app allowing viewers to watch any sport they wanted during the 2016 Rio Olympic Games. It also extended media reach via Facebook and YouTube and offered virtual reality and 360-degree video

“That was a huge undertaking. We took a lot of the lessons from the tennis and applied them to improve our CX for our Rio Games. And the results were astounding,” Burnette added.