Airline group sees strong performances across both its Qantas and Jetstar brands, and yet another record result for its customer loyalty program 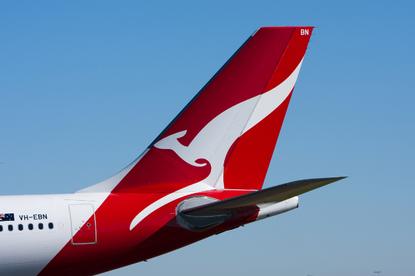 Customer data and digital innovation are a competitive advantage for Qantas and continue to be pivotal in keeping up with modern consumer experience expectations, its CEO says.

The airline group reported underlying profit pre-tax off $852 million in the six months to 31 December 2016, down 7.5 per cent year-on-year, a figure it said reflected a strong performance in a mixed global market but was still above former guidance figures. Statutory profit was $715m, and the group announced a $0.07 per share dividend.

All parts of the Qantas Group were profitable over the first-half. A highlight was record Jetstar Group earnings of $275m off revenue of $1.86bn. Qantas Domestic also had a strong half and saw a 2 point rise in customer advocacy, while Qantas International recorded a 1.3 point lift in NPS. The group noted the closing gap between it and Virgin’s domestic offering to 5 per cent as proof of its strong customer offering.

Highlights for the loyalty scheme over the past six months included the partnership with new-look Woolworths Rewards program, strong Frequent Flyer credit card insurance performance, and record customer advocacy. changes made in the first-half included the relaunch of the Qantas Business Rewards offering, which now has more than 130,000 participating SMEs and 40 partners, along with launch of Qantas Assure Life, another string to the program’s health insurance offerings.

Diversification of the loyalty program continues, and the group said a new premium loyalty offering will be launched in Q4.

In his presentation, Qantas CEO, Alan Joyce, said the depth of customer data and digital innovation strength present in the group is leading to new services, products and improvements. A big step forward in the coming half will be the introduction of complimentary Wi-Fi services inflight in March, which will open up new content and entertainment services to customers.

“This month, we’ve flown a number of test flights, which showed we’re on track to deliver a fantastic service to our customers when the first commercial flight takes off in the next few weeks,” he said.

Qantas is also working to replatform its two core brand websites, Qantas.com and Jetstar.com, aimed at better personalising interactions based on the customer with an emphasis on improved booking flows, the group stated. It’s also updated its mobile apps.

Joyce also pointed to the stronger customer satisfaction scores across different components of the group in his presentation. “We’re really proud to have earned record satisfaction from our customers,” he commented.

“Our depth of customer data and digital innovation strength is a key competitive advantage, putting the group at the forefront to embrace the digital economy.

“We want the experience of flying with Qantas to be the best in the world. So we’re investing across the board – from inflight service to lounges and training. But what we’re most excited about is our investment in game-changing technology and aircraft.”

In total, more than 70 per cent of Qantas’ marketing media spend is now in digital channels, supported by insights generated through the subsidiary Red Planet business, as well as its insourced digital trading capability.

Qantas has been on a widespread transformation program over the past three years aimed at driving efficiencies across the group. According to its financials, the group is on track to deliver $2.1 billion in benefits, with $1.9bn delivered to date. In the first half, $212m of transformation benefits were delivered.

“In the second half and beyond, we’re going to keep investing to strengthen our business,” Joyce concluded. “Create world-class experiences for our customers. Innovate with new technology. And build a bright future for the national carrier as one of the world’s best airlines.”