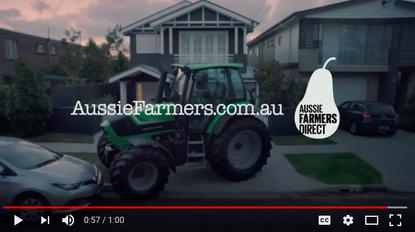 Getting ahead of the competition in the fresh food industry isn’t easy, but Aussie Farmers Direct’s new digitally agile marketing strategy is set to boost customer engagement and retention.

As part of its digital transformation strategy, the Australian business last year embarked on building a new responsive digital platform based on the same technology used by Facebook.

“This has made our development process incredibly quick, and has also meant we are no longer maintaining six different platforms as we had been previously,” Aussie Farmers Direct’s marketing director, Peter Bakker, told CMO.

“We combined best practice from all over the world when we launched in August last year, and since then we’ve continued to improve the platform based on customer feedback, and based on website traffic intelligence. We also have a number of new site improvements planned to roll out shortly that will make shopping with us even easier and quicker.”

According to Bakker, one of the features of the platform is the built-in landing pages that adjust messaging on the site based on the ad/article a visitor clicks on.

“For example, if you click on an ad that is about fussy eaters, the message and imagery will continue in site,” he explained. “If you saw a message about the dangers of $1 supermarket milk, we will explain where to find more information about that. Creating this continuity in the journey is something that we feel – and the data shows – is incredibly important. We can also use these landing-pages for email, chat and other channels. It’s really powerful.

“But what has been most transformational for the digital consumer is that it really doesn't matter whether you want to deal with us via email phone, chat, Facebook, Twitter or Messenger, our customer service journey is optimised for each channel and you will get the same answer on all channels.”

It features a mum and dad’s attempts at being urban farmers, much to the embarrassment of their tech-savvy kids. While the parents struggle to train the family pooch as a sheepdog, take their tractor on the school pick-up run and tend to a forlorn veggie garden, their children are saving the day by ordering farm-fresh meals online from Aussie Farmers Direct using mobile and tablet technology.

“We have a great business that is very different from the big supermarkets, but not enough people know about us,” Bakker said. “We needed to create a campaign that highlights our heritage of supporting farmers, the convenience of our offer, and also showcase the exciting new products we’ve recently brought to market.

“We’re a small business and it’s not common for us to run such a high-profile campaign, but we felt this was the right time to tell our story. But with all the controversy that surrounds the business practices of the big supermarkets, we felt it was a good time to remind Australians that there are other ways to shop. We know Australians like the fact that we act in ethical manner all the time, not only when regulators ask us.”

According to Bakker, the campaign also reflected how the Aussie Farmers Direct range has grown to meet customers’ needs, while remaining true to its roots of supporting Aussie farmers.

“Instead of taking up farming yourself, the campaign highlights how easy it is to put delicious meals on the table using one of our great value dinner boxes,” Bakker claimed.

The campaign also highlights the launch of the company’s new ‘The General Store’, a grocery site that lets customers get their full food and grocery shop and say goodbye to the supermarket in the process.

Launched about six months ago in Victoria, the General Store has since been rolled out to NSW and Queensland, with plans to expand to South Australia and Western Australia.

“The main reason why we opened The General Store is because our members were asking us to make shopping for dry groceries as convenient and Australian as we did for fresh produce,” Bakker said. “Our customers are loving the fact they can now add their pantry and grocery needs to their Aussie Farmers order, and it all arrives in one convenient delivery. However, not all of these products [sadly] are 100 per cent Australian.

True to the company’s mission to support local farmers, Bakker said some categories, in particular tinned fruit and veggies, were felt to be close to its rural heritage. So the company decided not to sell any imported line where there was a local option available.

“And when it comes to the Recipe Kit solutions Like the WW freshbox and Simple & Fresh Dinnerbox, we are using local suppliers and we pack just hours before delivery instead some of our competitors who ship their recipe kit boxes from a central point all over the country.”

Despite the leaps and bounds made in digital transformation, Bakker stressed the journey was not without its challenges.

“The main challenge was deciding as a management team that we had to embark on the journey and that we also don't know all the answers,” he said. “By starting to develop agile methods in the management team and in the marketing team, which is responsible for the UX, magic happened.”

Another hurdle was having enough digitally savvy people to make the journey easy and ‘native’.

“This does mean getting some experts on board, but it primarily means a paradigm shift for every member of every team," Bakker said. “A year ago, we almost only reported errors on our desktop site, now, anybody who reports an issue will mark the issue as more important when it affects mobile users: our largest user group and still growing.”