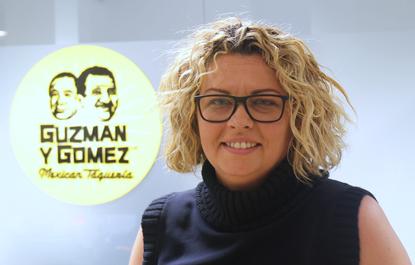 Thom takes up the CMO role vacated by Anna Jones in December. Jones was with the group’s first executive-level marketing leader and had been in the role for 15 months.

Thom has spent nearly two years as the GM of digital and marketing at Vittoria Food and Beverage. Prior to this, she had a short consulting stint with Salmat Digital, and was formerly the director and co-owner of Little Big Stuff for six years. He background also includes a five-year stint as group media manager at Legion Interactive and founder and MD of digital agency, Be.Interactive, which she sold to Salmat in 2010.

“Lara is an industry leading talent who can leverage the GYG story with our customers in a disruptive way and with technology at the heart of it,” said Guzman y Gomez CEO for A/NZ, Mark Hawthorne, in a statement, adding that the group has aggressive plans for growth over 2017 and plans to open an additional 20 stores locally.

“As we grow, we’re adding new members of the GYG family who understand and share our vision for serving Australians health, quality food that can be just as quick and convenient as fast food. Lara has the perfect combination of digital know-how, food expertise and personality to help make GYG the industry leader.”

Hawthorne also highlighted Thom’s entrepreneurial background as a key reason or her appointment.

Thom said she was attracted to the role because of the fast food chain’s founders, Steven Marks and Robert Hazan, as well as Hawthorne’s aggressive plans.

“Their uncompromising approach to quality, entrepreneurial spirit, founder-led passion, agility and operational expertise are a rare combination,”she commented. “The commitment GYG has to serving healthy, real food in a fast food industry is unrivalled, it’s a story we can’t wait to tell.”