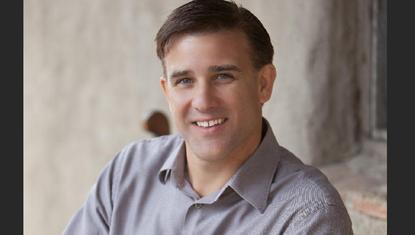 It’s been seven years since Sean Ellis coined the term ‘growth hacking’ to describe a process by which early-stage companies could align themselves for fast customer and market growth. And the former marketer for Dropbox, LogMeIn and Eventbrite and now CEO of GrowthHackers.com, agrees its application is changing over time.

“The idea has evolved from my initial thinking, which was I wanted to define something for an early-stage company that couldn’t do everything a marketer can do and had to be focused on things that had a direct impact on customer acquisition and growth,” he tells CMO during a recent visit to Sydney.

“It’s now something that’s more applicable to companies of any size, and it overlaps with the need for a lot more agility. The channels through which we acquire clients change so quickly, that if you don’t have a really agile team and process in place to move in and out of those and coordinate efforts across all customer touchpoints, you’re going to have a really hard time staying the same size, let alone growing.”

For the same reason, Ellis sees the modern concept of marketing agility as a “close cousin” of growth hacking.

“The difference with growth hacking is you’re taking it deeper into the full funnel,” he says. “Through testing, iteration and metrics, you’re trying to move forward in a direction that defines progress, growth and success in the business. Growth hacking just brings together those two movements and is more focused on the long-term customer growth side of things.”

Growth hacking has more traditionally sat within or alongside the product function. What’s helping bring it and the modern marketing function closer together is the onus on accountability and entrepreneurial thinking, Ellis continues.

“It’s interesting when you start to define a head of growth role, versus a head of marketing. The minute you call it head of growth, you’re essentially defining the role by an outcome, whereas marketing is often defined by an input,” he says.

“What you have seen in business in recent years is both the head of growth and head of marketing becoming a lot more accountable for actual growth. When that happens, the profile of the marketing role changes from one largely like the mad men days that’s highly creative, to one that’s more entrepreneurial, where you’re taking on an entrepreneur-type of risk.”

Ellis believes the most successful marketers are the ones taking on risk, embracing accountability and thriving on it.

“As things become more trackable, and expectations become more focus on heads of marketing and growth, there’s a lot more pressure and not everyone will be able to handle it. It’s similar profile to what an entrepreneur should have,” he comments.

Ellis admits plenty of marketers won’t like this shift very much, but that it’s inevitable.

“The best part about it is that it’s a lot less talent driven than it used to be,” he says. “If you truly understand a growth process and can follow it, and have the drive to keep working towards a result, you can be more successful as a marketer than in the past, where it was so much more about creative and campaign development.

“The creative branding role is still important, but it’s not what the key executive skill set ends up being. It’s about acting more like a CEO or entrepreneur.”

Up next: Examples of growth hacking in action

Growth hacking is about a process of rapid experimentation across marketing channels and product development to identify the most effective, efficient ways to grow a business. Growth hackers are most commonly engineers and product managers, specifically focused on building and engaging the user base of a business. They have deeper access into the product in order to drive sharing, engagement and retention.

There’s no right or wrong way to tackle growth hacking, however. Ellis points out one of the most successful companies is Uber, which maintains a separate growth team. On the other hand, Freelancer.com has all staff except finance reporting into the head of growth.

“Both of these approaches work, where it tends not to work is when the CEO is not closely involved or when the head of product is not supportive,” Ellis says. “However you set it up, product and growth should be part of the same organisation. Uber is the exception; in most cases, if the product owner and engineering are not on-board with growth initiatives, it’s hard to find success.”

According to Ellis, the most powerful levers for growth sit in things like improving customer engagement and retention, referral programs and monetisation experiments.

“If you get a doubling of conversion rate or retention, it’s just as powerful as putting twice as many people into your customer acquisition funnel, which is where traditional marketing organisations focused,” he says.

Growth hacking is all about focusing on the fundamentals of how growth works and finding levers in the business model, then experimentation towards high-leverage areas. “What growth teams are taking is a qualified approach and bringing it to the rest of the company, to try and increase experimentation and be more scientific,” Ellis says.

This doesn’t mean ignoring the customer or human element, however, and Ellis says the most effective companies are the ones that bring together data and experimentation with customer needs, motivations and human and emotional drivers for known and unknown behaviour.

“Understanding customer needs and principles of behaviour are very powerful. The data and experimentation is all about improving results, but it’s easier if you truly understand the human element,” he says.

A vital ingredient helping align teams behind growth is what Ellis and growth hacking aficionados call a ‘north star metric’. This is a key metric that employees make decisions on, and that can be communicated organisation-wide.

“It’s really hard to figure out what that is for each business, but getting it right is a huge part of being successful with growth,” Ellis claims. “The most powerful thing Facebook did was boil everything down to a single metric: The daily active user. All decisions were then made based on building and sustaining that number.

“You compare that to people with thousands of different metrics, who can justify any action because one metric in the mix went in one direction, even as others fell down. A lot of times, companies will change this [north star] metric two or three times before they find the right one and embrace that.”

“When you combine that with a qualitative understanding of needs, that’s where it is really powerful,” he says. “With products like Kissmetrics, Mix Panel and Amplitude, you’re moving more towards user-based tracking analytics solutions whereas Google Analytics is fairly anonymous on who you’re tracking.”

Ellis’ second piece of advice for those looking to harness growth hacking is to articulate what your short-term objectives are, at least for the growth team.

“The more people understand the short-terms objectives that are qualified, and in what timeframe, the more you can keep people on the same page,” he says. “It’s about being clearly defined, communicating and continuing to update people as you make progress against the goals.”