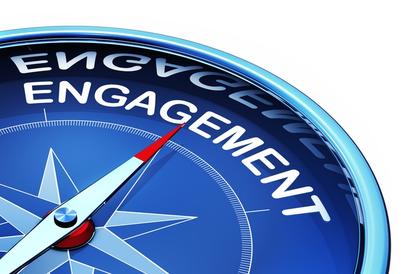 The team behind the Cronulla Sharks is extending its application of marketing automation from membership to commercial and merchandise divisions as it aims to improve engagement across every touchpoint.

Speaking at last week’s Marketo Executive breakfast in Sydney, Cronulla Sharks head of digital commercialisation, Scott Maxworthy, described how the premiership winning club has been investing in digital and technology innovation over the past two years as it strives to build brand engagement.

The club won its first NRL Rugby League premiership in 2016, just two years after being the wooden spooners on the league table, and 49 years after formation. In the week’s lead-up to the grand final, Maxworthy said the club signed up 3500 new club members, a great opportunity to gain further data insights around individuals.

Cronulla brought on Marketo’s marketing automation in February in order to achieve a single customer view, then to use insights effectively to improve communications and interactions with both known and unknown fans of the game. Simultaneously, the club rolled out Tealium’s middleware solution as the conduit to unite data sets and plug in different vendor offerings as it expands its martech stack.

The club represents the football team, as well as owns its homeground stadium and leagues club, presenting a unique opportunity to gather customer information, Maxworthy said. With lots of industry stakeholders, including Telstra, NRL, and Fox, the solution is also allowing Cronulla Sharks to feed in external data, further enhancing its customer view.

“Having that underlying architecture and the ability to feed in that data allows us to build that single view,”he said. “We also have a host of gaming regulations to deal with, so there’s a lot of integration that needs to happen.”

To build the business case for automation, Maxworthy said his team had to find a suitable pilot area. It chose the membership base.

“We get 1.2 million website visitors, but our fan and member database was only 42,000, so there was a disconnect,” he told attendees. “We wanted to identify people coming in, but then put lead scoring around those visitors to then feed to telemarketing to follow up membership.”

To date, the club has seen a 36 per cent net increase in membership revenue, a recorded 91 per cent member retention, and a number one Net Promoter Score for NRL research, and an increase in ticket revenue.

“The ROI on Marketo was three months and that proof of concept allowed me to do more stuff,” he said.

Outside of the martech implementation, there’s been a wider transformation occurring. Over the past two years, the club has installed a new CEO, issued a mass customer research project through fan forms, brought in a high-performance coach, appointed Maxworthy to lead its digital strategy, and recruited another manager for community engagement and to build that lifetime customer connection.

From a technology point of view, the emphasis has been on improving customer experience across key engagement moments such as social, mobile and video, and via personalisation, Maxworthy continued.

As an example, he pointed to the club’s use of Stackla to share user-generated content across screens in the clubhouse around the grand final. The club saw more than 6500 pieces of content generated by fans within 12 hours of winning the grand final, while its own video footage of the team singing in the change rooms post-match reached 1 million and had 460,000 video views within hours.

In addition, the club has invested in the ability to geotarget fans within the stadium and is now looking to expand Wi-Fi capability within the homeground, again with the intention of capturing every touchpoint. It’s also building out a stadium app, which will be personalised, Maxworthy said.

Over the next 12 months, Maxworthy said the club’s commercial division will build out a similar range of programs to what the membership has built through marketing automation, so they can identify who is coming to the page, and if they’re known, feed leads to the sales team to help conversion.

“Sharks media will do more and more production types of services and building new content for new audiences, and merchandise is putting in Marketo to help with shopping cart abandonment,” he said. “The leagues club will also look to put it in [the platform], based on understanding what people are buying, such as if someone is buying coffee, what can we do around that to build loyalty and activation programs around fans.”

But while the best tools in technology are crucial to orchestrating better engagement, Maxworthy reiterated that nothing happens without the desire and passion of your people.

“Tools are important, and tech is important but what’s fundamentally important thing is the people,” he said. “If you have a passionate team working towards a common goal, you will achieve big things.”