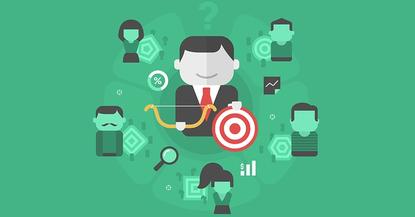 Nova Unite is an addressable media solution that will provide access to 150 pre-determined audience segments based on demographic, lifestyle and purchase-based data. The company said it will provide clients and partners with the ability to utilise the radio network’s first-party data, along with audiences qualified through the Signal people-based marketing platform, in order to better target media buying.

Nova group sales director, Peter Charlton, said Nova Unite will allow the group to address customers holistically across any device and marketing channel. The offering will be available from January 2017.

“We can now deliver media campaigns giving our clients the ability to target real people, providing them with insight into who they are targeting,” he said. “This new partnership enables digital advertisers and media buyers access to rich, known shopper audiences that are exclusively available through AmplifyIQ, a solution from Signal.”

AmplifyIQ, the newly rebranded people-based marketing platform from Signal, provides access to 7 million active customers and 100 million weekly shopper transactions with coverage across approximately 65 per cent of Australian households. The audience data offered up, comes from a combination of existing and new relationships such as Coles customer loyalty program.

The people-based marketing offering was originally unveiled in March and is based on an agnostic technology platform that uses persistent IDs based on a variety of data sources, to target individuals digitally. It’s an extension of Signal’s enterprise data management layer offering for execution of data collection, system identity, data on-boarding and media activation.

According to Signal senior vice-president and managing director of people-based marketing, Michael Twomey, there has been significant momentum in the market since from publishers, media planners and advertisers wanting to buy addressable media.

He pointed to recent research undertaken by Signal, which found 92 per cent of media buyers are starting to increase their spend on people-based buys, and that 86 per cent of Australian advertisers comparing traditional advertising to people-based adverting found the latter to be more effective.

AmplifyIQ is an offering designed to give media planners and advertising the ability to access such audiences, he said. The deal with Nova is about making the network’s inventory addressable, but also allows advertisers to bring their own audiences to this inventory.

“Facebook Custom Audiences had such a stronghold in the market, and it was the only product where you could access known audiences or upload your own,” Twomey said. “Today, we’re levelling the playing field and allowing other publishers in the marketplace to have a competitive proposition, and for advertisers to speak to their audiences beyond the walls of Facebook.”

Twomey added Signal will announce a number of holding groups shortly that will also start bringing audience planning and audiences to their clients.

Signal recently received $30 million in Series E funding, which it is using to accelerate and expand its technology platform and organisation globally. This week, the group also announced it had expanded its Australian operations to support clients across Asia-Pacific.