Challenger brands are about what you're challenging, not who, says Adam Morgan 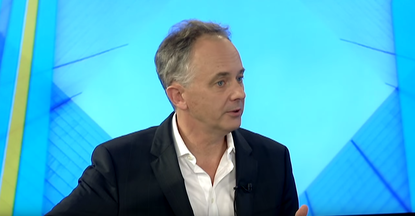 Speaking on the latest edition of the AANA’s Marketing Dividends program on Sky News Business TV, Adam Morgan said digital disruption has made it much easier for challenger brands to find and engage with their customers.

Morgan was the author of the 1999 book, Eating the Big Fish, which looked at how brand challengers take on brand leaders and cause market disruption by challenging conventions. He pointed out that the challengers 20 years ago were Adidas versus Nike, or Virgin versus British Airways.

“The modern challengers are now challenging something about the category. Now, it’s Airbnb challenging the conventions of the hospitality business, or Spotify challenging the notion of us owning music to enjoy it,”he commented.

The third thing that’s shifted about brand challengers today is that’s it’s recognising you need to change the mindset, rather than a state of market, Morgan said, and to do that, you need to question assumptions and find new opportunities to stay ahead of the game.

“If you’d have asked clients in 1999 who they wanted to be, they would’ve said ‘I want to be the Virgin of this category’, meaning ‘I want the image disruption that Virgin brings’,” he continued. “If you ask clients now, they says ‘I want to be the Uber of this category’, meaning they want the product disruption that Uber brings. That’s the new code – understanding that you have to change to stay the same.”

Morgan also pointed to the positive impact limitations can have on building opportunities for brands, noting how Virgin American launched in the US against Southwest Airlines, with a limited budget, by turning the interior of an aircraft into a Victoria’s Secret catwalk.This is the subject of his latest book, A Beautiful Constraint.

“They wanted to put glamour back into the sky and had mood lighting in the cabin that makes people feel cool,” Morgan said. “But because they didn’t have the marketing budget to show it, they needed somebody else to take pictures of it, so they put a fashion show in the middle of the cabin that made the media want to show pictures.

“This is a great example of taking what should have been a limitation and turning it into something that made them even cooler, because they’re being creative.”

Morgan said there’s plenty of lessons to be had in working to constraints to maximise outcomes.

“You need a high degree of motivation that makes you want to do it and that creates the persistence and tenacity,” he said. “You have to get others to believe that it’s possible by surrounding them with examples of other people that are doing it. And you have to create just enough process and just enough strategy to get them from A to B.”

A great example of a brand that does this is Google, Morgan said, which puts small teams together for short bursts of activity in order to utilise constraints for innovation.

“It’s not about big or small, it goes back to being a challenger, it’s about the mindset,” he said.