Head of digital and content on unlocking the organisation's vast knowledge to transform public perceptions from just being the Easter Show hosts to a go-to on fine food, wine and beer 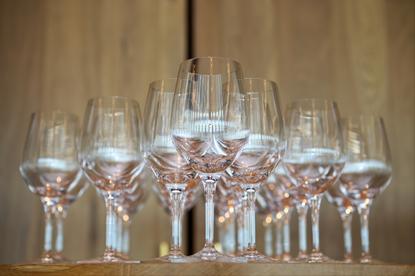 Mention the Royal Agricultural Society (RAS) to a resident of NSW and they will most likely tell you about livestock, dagwood dogs and showbags. But if Cale Maxwell and his team prove successful, that association will soon include fine food, wine and beer.

As senior manager of digital, PR and content for the Royal Agricultural Society of NSW, Maxwell is overseeing a digital business transformation that will extend public perception of his organisation beyond its annual Easter Show and place it at the centre of Australia’s gourmet food revolution. The key will be to unlock RAS’s vast knowledge regarding the best producers it has built up through industry-based competitions, and make that available to the general public via digital channels.

“In this day and age, where everyone is really interested in where their food comes from, that is really our opportunity. Because we have all that knowledge, we just haven’t been making it available to consumers.”

The starting point has been a revamp of the Society’s digital platforms. Maxwell joined the RAS in September 2014 after a history in hospitality and ecommerce, and found a raft of systems that were letting it down badly, including at least five separate email platforms.

“There was a lot that the business wanted to do, but it just wasn’t possible with the technology and infrastructure and systems we had in place at that time,” Maxwell says.

“The first step we took was we consolidated everything in the digital team. By funnelling that thought the one team, we were able to get a better understanding of the messages we were going out with and what our communication patterns were.”

The next step was to revamp the RAS’s platforms, including shifting away from its existing content management system based on OpenText in favour of Episerver hosted on Microsoft Azure.

“We wanted a single source of truth so we could be maintaining content in one location and sharing it across all our websites, as opposed to double-entering,” Maxwell says.

“What appealed to us about the cloud and the Episerver environment is we don’t have a big IT team and the support systems and structures of a large organisation, so what we saw was the opportunity for the cloud and these SaaS products help us evolve over time.

“We are a not-for-profit so we don’t have enormous budgets. By moving the way that we have towards cloud and towards SaaS products we can be a lot more agile and nimble.”

With the platform in place, the focus now has shifted to exposing the vast wealth of knowledge locked within the RAS, including its database of medal-winning wines, beers and other produce.

“Within that database, we tag and classify things in a very technical way, thanks to the quite technical judging,” Maxwell says. “So we are looking at how we can ‘consumerise’ that data so that it is more relevant to the lay person, so that people can be more educated about their purchase decisions.”

The RAS has taken an open philosophy to its development work by creating APIs that will enable it to expose data through multiple channels. And Maxwell says there are also a benefit for the producers that are entering the RAS’s annual contests.

“The producers are entering the competitions so they can get that seal of quality,” Maxwell says. “So now we can help those producers become bigger and better and produce more award-winning produce.”

Maxwell says the transformation project parallels an initiative of the RAS’s agricultural team, dubbed Ag365, which seeks to communicate the RAS’s role 365 days a year.

“That’s where the digital environment comes into its own, because the size of the audience that we can be speaking to is significantly greater in digital than via the other mediums that we have traditionally used,” Maxwell says. “There are so many hidden gems within our business that we have never properly explored before.”

The first evidence of this strategy is scheduled to go live before the end of the year, in the form of Australia’s Best Producers.

“Agriculture in Australia is quite a topical subject at the moment – food, wine, and the gourmet experience – and that is the space we playing in,” Maxwell says. “We are positioned very well to join that conversation and start engaging with people year round, rather than just over a two-week period.”

Having the backing of the Society’s agricultural team and other key stakeholders has been critical to the success of the digital transformation. Maxwell says gaining buy-in has been a key priority since joining the organisation.

“With any digital transformation project, it is about the people first and foremost,” Maxwell says. “If you can get the people on side the processes and technology are a flow on effect of that. The technology is really the enabler.

“And once we got the people onside, we were given more freedom to make difficult decisions and take more risks as a team.”