How MYOB's marketing leader is repositioning the brand strategy

Group GM of marketing shares the impetus for a brand repositioning and the digital marketing technologies, staff capabilities and content behind it 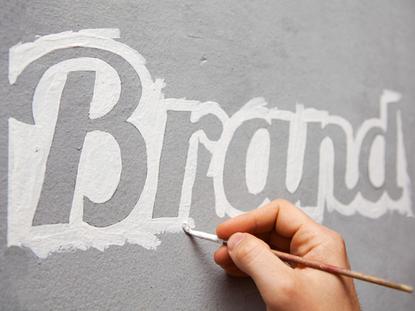 Australian owned accounting software player, MYOB, has kicked off a major rebranding program aimed at re-educating the market about its offerings and repositioning itself as an innovative technology company.

The new brand strategy is based around a fresh positioning statement, ‘simplify success’, and is the culmination of a year’s worth of work that’s also seen MYOB invest heavily into digital marketing technology, market and brand insights, in-house skillsets and online sales channels.

MYOB group general manager of marketing, Natalie Feehan, told CMO one of the big challenges the organisation has faced in recent years is being a victim of its own success. While plenty of people recognise the brand as an accounting software provider, the group faced an uphill battle convincing them of the more innovative and new capabilities it has on offer – notably, cloud-based, first-to market products.

Despite winning awards for innovation and its 400-strong development team, consumers simply weren’t listening to the message around MYOB’s technology sophistication, she said. While the internal culture was well aligned behind MYOB’s cloud-based approach, the external point of view of the brand was lagging behind.

“The marketing challenge became changing perceptions,” Feehan said. “In the first instance, we changed the advertising - we did more that spoke to online and cloud-based accounting and the benefits of being in the cloud. It would get high awareness but not shift people’s understanding of MYOB. Our marketing was working in terms of reach and awareness but it wasn’t changing perceptions.

“To make that change, we really need to do a bigger repositioning and rebrand job. If nothing else, people internally were desperate for people externally to better understand what we’re all about.”

Having conducted extensive research into existing brand perceptions, internally and with clients, Feehan said it was clear MYOB needed to “take the inside out” and showcase key strengths that differentiate the business against an increasingly competitive landscape.

“The challenge for any large, established brand is how you continue to evolve,” she said. “The change had to be big enough for people to notice, then stop and re-evaluate the MYOB they have known. That extends from our marketing approach, channel selection, partners, products, website, and anything external-facing.”

Behind the scenes, a big step forward has been restructuring and investing in MYOB’s digital technology and marketing prowess. The marketing team, which oversees all online sales channels, has replatformed the brand’s website onto Adobe Experience Manager, and also rolled out Adobe Test and Target for website optimisation and personalisation. In addition, Feehan is switching the media mix from 60 per cent above-the-line advertising and TV, to 60 per cent digital.

“We’ve rebuilt digital marketing and online teams,” she said, adding the team has grown in size as she’s brought on more developers, producers and website expertise. There’s less reliance on external agencies as a result, with most digital marketing execution, such as paid search, digital media and SEO now sitting in-house.

Feehan said customer nurture programs are well established, but are another area of focus and a range of new digital programs have been put in place. These should further develop with AEM and the new analytical insights coming online, she said. From there, she hopes to increasingly build programs to suit the needs of specific groups.

“We have the systems in place, the people in place, and we’re doing a lot in this space. We are able to provide targeted marketing and promotional materials to known segments and audiences based on their behaviour,” she said. “There’s always more to do. But we’re pretty confident of where we are at.”

Feehan agreed one aspect of the brand shift needs to address the ‘cool factor’ some of its digital-first competitors have been able to accrue, particularly at the small business end of town. To do this, she highlighted MYOB’s depth and breadth in terms of functionality, and said the brand’s experience and resilience is an asset.

Feehan also pointed to industry partners, such as accountants and bookkeepers, as major allies.”Small businesses owners still rely on these guys a lot. There’s one thing to have automation, but when it comes to compliance, they want the confidence to know they’re making the right decision,” she said.

From a front-facing perspective, MYOB is adopting a new visual identity and positioning statement, ‘simplify success’.

“If you think about why people are in business, it’s because they want to succeed, and that could be personal or following a passion, not just commercial growth,” Feehan said. “Simplify success balances the needs of what we want to do fundamentally: We simplify the business processes that help them succeed.”

An initial piece of creative is a social video post, ‘beyond the cloud and into the stratosphere’, a concept that will run across digital and social channels as part of the launch. Further marketing collateral will include a video series with MTV personality, Kate Peck, as well as the fourth edition of the Future of Business report.

More widely, Feehan grouped the go-to-market approach under several focus areas, all driven by doing things differently. The first is letting people see the inside of MYOB. The second is changing experiences, something that the new website and a renewed emphasis on client support will look to address.

“Then it’s aligning marketing strategy and rather than just telling people what we do, showing people and providing experiences MYOB is a part of,” she said.

Community sponsorship is a big component, and MYOB has struck partnerships with youth education provider, I-Manifest, the WADE Institute at Melbourne University, and SheStart’s Blue Chilli program, as ways of better fostering entrepreneurs.

“We want to be more present in engaging people to start the businesses of tomorrow,” she said. “We want to provide the mentoring and content that helps guide them through that journey.”

Feehan pointed out 500,000 unique visitors come to MYOB’s blog annually and said content is increasingly important in the mix. The next focus is building out a new content, platform, as well as looking at the role of video, she said.