Report: Social commerce on the rise despite sluggish business readiness 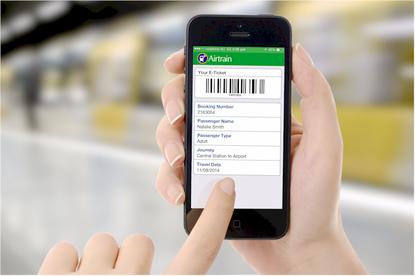 Shopping via social platforms has emerged as the “new frontier” for online commerce, with business uptake not far behind consumer adoption, according to a new PayPal study. But there’s still a gulf between consumer mobile payments behaviour and business readiness to support mobile transactions.

The PayPal Australia mCommerce index, a biannual barometer on the state of mobile commerce in Australia, found 11 per cent of Australian consumers have made a purchase via a social platform over the past six months, while 7 per cent of businesses indicate they accept transactions via social media.

Another key finding was that 71 per cent use their mobile devices to make payments, yet only 49 per cent of businesses are mobile optimised. Almost one-third (31 per cent) of businesses stated they have no plans to optimise for mobile sales, while millennials are the most annoyed when websites are not enabled for mobile (59 per cent).

Commenting on the business adoption of social commerce, PayPal Australia managing director, Libby Roy, said early adopters in the business community are getting on board with social commerce and noted business uptake is not far behind consumer adoption at 11 per cent for this new way of buying and selling.

“However, there’s a huge gap between the early adopters and the majority in the business community, with 34 per cent of Australian businesses having no social media presence at all and 89 per cent of businesses stating they have no intention of accepting payments via social platforms within the next six months,” she said.

Social media is also shown to be a strong channel for driving purchases in the report, with 18 per cent of respondents buying something after seeing it on social media, a figure that jumps to 24 per cent among the 18-34 age group. Despite this, 28 per cent of businesses don’t believe their customers want to buy via social media platforms, the report said.

Security was a significant barrier for consumers in relation to purchasing through social media platforms with roughly half stating that security and safety is a concern and 59 per cent stating they don’t want their financial information linked to their social footprint, the report said.

Among businesses, security concerns were lower (19 per cent); however, lack of understanding poses a challenge to adoption with 25 per cent of Australian businesses stating they don’t understand how purchasing via social media works.

The index also revealed finds a high level of mobile commerce adoption among Australian consumers, with 71% of respondents reporting that they use their mobile devices to make payments and 22 per cent indicating they spend more than $500 per month via mobile.

But only 49 per cent of online businesses are optimised to accept mobile payments, presenting an opportunity gap for Australian businesses looking to capitalise on mobile-savvy customers, the report found.

Additionally, almost one-third (31 per cent) of businesses have no plans to optimise for mobile sales, which is reflected in the proportion of online businesses (26 per cent) which have zero sales via mobile devices.

Roy said there’s an "opportunity gap" for Australian businesses. “Australia has one of the highest levels of mobile penetration globally with 80 per cent of the Australian population owning a smartphone, so I was surprised to discover the low level of business readiness to accept sales effectively via mobile devices," she said.

“The mobile payments landscape is fast-evolving and the Index reveals how habituated Australian consumers have become to mobile shopping with more than a third of us making mobile payments at least once a week – a figure that jumps to 47 per cent for the under 35s. So although online businesses may think they don’t need to optimise for mobile now, they will have to if they want to stay competitive in the near future."