Report pitches martech stacks against each other for 'cutting-edge' factor 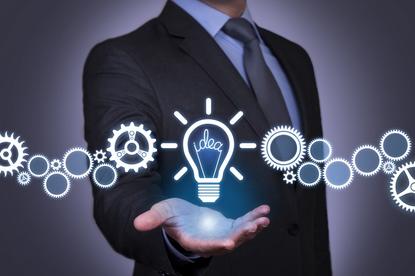 A new survey by IDC in the US has pitched marketing technology vendors against each other by looking at their “cutting edge” credentials with marketers.

The research, which was conducted by IDC and SSI across 333 marketers in the US, found 58 per cent of respondents characterise their marketing vendor as “cutting edge” and named their current provider in an unaided fashion. Key characteristics for cutting-edge vendors included being fast, user-friendly and efficient.

Marketers that rely on cutting-edge tech players are more than twice as likely to be satisfied with their current solution (89 per cent) versus those who don’t see their systems as outdated (37 per cent).

Marketers using the above vendors also showed greater brand loyalty, with 67 per cent likely to consider using the same vendor in future. In contrast, only 44 per cent of marketers who didn’t see their martech provider as cutting edge said they’d consider their current vendor in future.

“The fact that these companies were mentioned by marketers – unprompted – as cutting edge, and that marketers who use cutting-edge marketing technologies have such a high satisfaction rate, shows how important it is to get the marketing automation decision right,” commented IDC CMO Advisory Service research manager, Gerry Murray.

Another notable point in the survey was the role of internal IT department in steering marketers towards these cutting-edge vendors. According to the survey, 34 per cent of those with cutting-edge solutions brought in IT when they first realised they needed a new martech solution, and 33 per cent brought IT in as they researched various options.

IDC found marketers who worked collaboratively with their IT departments early in the purchase process were happier than those who worked with IT later down the track, or not at all. In addition, 81 per cent of marketers who consider their solutions cutting edge rated the contribution of their IT department as valuable, versus 65 per cent of those who did not consider their systems as cutting edge.

“While line-of-business professionals are increasingly empowered with purchase decisions, the IT department is still a valuable partner, and including IT professionals in the decision-making process should result in greater ROI,” claimed IDC’s Buyer Behaviour Practice VP and consulting partner, Allan Fromen.

Martech knowledge is clearly on the rise, yet there’s still plenty of evidence to suggest marketing departments are struggling to find the result solutions to meet their needs. In the report Techmap: Why Marketing Technology Matters 2016, produced by GfK for Engage Digital and supported by ADMA, four in 10 Australian marketers are only ‘somewhat satisfied’ with their marketing technology, and just 19 per cent are either ‘very’ or ‘extremely’ satisfied.

The level of satisfied was correlation to seeing tangible and measurable results, such as increased traffic, sales conversions and improved efficiencies. One-quarter of those surveyed also admitted to finding martech confusing, and half struggle to differentiate between the different offerings available.

In addition, 51 per cent of those surveyed by GfK in June said their can assess the benefits of martech, but find it a difficult process, and 11 per cent struggle to assess its worth at all.

The IDC report results can be found in infographic form here.