Department store giant reports a 3 per cent rise in sales in its latest full-year financial results, attributing this to its new-look customer engagement strategy 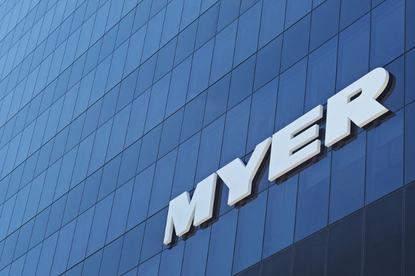 Positive market response to Myer’s new-look customer strategy and an emphasis on high-profile fashion brands have helped deliver stronger results for the full financial year, according to the department store giant.

The company reported a 2.9 per cent lift in total sales for the 53 weeks to 30 July 2016 to $3.29 billion on a comparable store basis and in line with forecasts. Operating cashflow also improved by $36 million over the period, although gross profit margin was 164 basis points lower, a result that reflects strong concession sales and lower Myer exclusive brand (MEB) sales.

The company reported a net profit after tax of $69.3 million, or $60.5m after implementations costs associated with its New Myer strategy.

Myer CEO, Richard Umbers, said there is no doubt the New Myer approach launched 12 months ago was bearing fruit, helping to make the business “measurably stronger” than it has been for some time.

“Our early progress shows Myer in a new light, where the focus on customers, brands, service, efficiency and productivity is evident in our results,” he said. As an example, Umbers pointed out Myer had seen a 7.2 per cent improvement in Net Promoter Score in its flagship and premium stores over the past 12 months. The group also reported an overall 6 per cent increase in NPS.

“The first year of the New Myer strategy demonstrates the complexity of our journey. The strong customer take up of our wanted brands has impacted margin and mix. Higher concession sales contribute to improved service and lower costs over time, but reduced grow profit margin.”

Umbers pointed out that since August last year, Myer has introduced more than 850 new or upgraded brand destinations and improved customer service, particularly in its flagship and premium stores.

A big area of change has been the mix of brands available, with 80 new brands added. Premium brands given prominent positioning within Myer for the first time include Seed, Topshop, Mimco, Industrie and Toms. Today, the group announced Saba and Oroton as the latest two being added to the portfolio.

“New Myer has won the strong support of our customers, our team, our suppliers and other stakeholders,” Umbers said. “Amongst the team, the New Myer transformation has been widely embraced and the focus on execution is evident across the company.”

Digital was also signalled in the financials as an area of strong growth, with omni-channel sales increasing by 74 per cent and profit growing at a faster rate than traditional sales, Umbers said. Myer noted click and collect now represents 9 per cent of omni-channel sales.

Another tech-led highlight was the launch of a virtual reality enabled store experience with eBay in May, giving customers the ability to browse more than 12,500 products through eBay’s new gaze recognition technology.

Staff skillsets were also a focal point during the financial presentation, and Umbers said Myers had invested in recruiting specialist skills to help lead and execute its strategy. These include the appointment of its first chief digital and data officer, Mark Cripsey, in August last year.

“We still have a long way to go, but we are moving in the right direction,” he continued. “In the first 12 months, we have made a number of critical investments to build a solid foundation from which we will continue to execute the strategy.”

During the next year, Umbers said Myer will continue to build on its wanted brands and flagged the introduction of Saba, Oroton and John Lewis homewares. In addition, Myer will roll out the service and investment model for our key MEB master brands to 40 stores.

Myer also continues to shake up and reduce its physical store footprint, and said it will exit its Logan store in FY2018 and has also abandoned plans for a store in Darwin. It’s also exiting locations in Brookside, Orange and Wollongong over the next financial year and hand back space at stores in Cairns, Blacktown and Castle Hill.