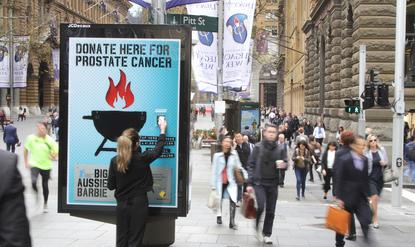 Established in 2014, Data Republic’s technology offers a marketplace for organisations wanting to enrich their own customer insights by sharing data. The company’s data pool has been bolstered by proprietary information sourced from some of Australia’s largest companies including Westpac and Qantas Loyalty, along with open government data sets.

The new partnership allows JCDecaux to access geospatial, behavioural and transaction-level insights as well as list, trade and collaborate on data exchange projects, opening up new avenues to augment its offering.

“Building on the positive launch of our geospatial planning tool, Orbit, we are looking forward to aiding even greater understanding around the impact of our inventory via the fusion of rich behavioural and transactional data,”said JCDecaux’s CEO, Steve O’Connor.

Data Republic founder, Paul McCarney, said the startup’s technology is aimed at opening up insights and connections between media owners and brands to drive better accountability and data-driven campaign planning.

The partnership also comes as JCDecaux experiments with a range of technology capabilities within its out-of-home panels. Last month, for example, the company launched the new ‘Scentsational’ campaign for the Prostate Cancer Foundation of Australia, which combines tap and go technology with scent and sound to give consumers a sensory reminder of the Big Aussie Barbie aimed at raising money for research, awareness and support (pictured).