You, of course, need to know your product and how it is built to market it. However, columnist Rob Enderle writes that to do so effectively you need deep marketing skills in both the CMO’s office and with line of-business managers. 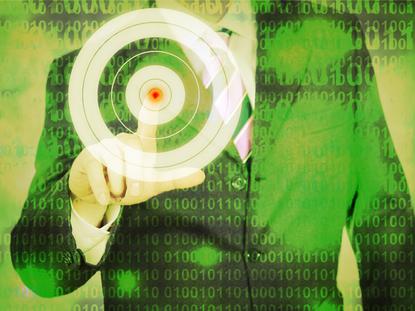 HP Inc.’s earning announcement earlier this week impressively beat many estimates on third quarter results, though the forecast was likely overly conservative so shares fell on the news. Largely existing astride two markets that are in decline, PCs and printers, you’d think the road to success would be a near-impossible one.

Now, in looking under the financials, there are three elements that stand out. They have a relatively experienced, loyal and stable executive team; this limitation to two markets keeps them far more focused then their peers; and they have deep marketing skills and an apparent willingness to fund marketing adequately.

This last is surprisingly unusual in the tech segment, which often staffs marketing with folks who have little or no marketing experience and/or underfunds the effort to a point where it is ineffective. That’s not the case with HP Inc. It wasn’t until I noticed the backgrounds of two critical people that it came to me what makes HP Inc. different. It gets marketing and you have no idea how sadly unusual that is.

Let’s talk about why marketing skills are important in the context of HP’s financial results.

Was the deck stacked against HP?

Now when HP Inc. spun out from HP, which became HPE, you’d think the deck was stacked against it. And, frankly it was. Whitman was getting rid of the part of HP she didn’t want and staying as CEO of the part she did. HP Inc. was to get all the debt and not one, but two industries in decline. There was literally no visible way that the firm could be successful. But then I recall Apple was actually in worse shape when Steve Jobs took over and started looking at the staff that went with HP Inc.

Two people who I’d identified years ago as key to Whitman’s and HP’s long-term success stood out. They were Cathie Lesjak their CFO who had largely kept HP running through all the CEO turmoil and who was famous for standing up against her peers when the firm was about to do something stupid like buy Autonomy. The other was Tracy Keogh who I actually got to know a bit at HP and was a Harvard-trained HR manager who believes, as I do, that HR should be strategic and not just a compliance organization. Both of these top-tier executives chose to go with HP Inc. and not HPE clearly seeing what I could not, that the opportunity at HP Inc. was vastly greater than it appeared.

But that wasn’t what caught my eye this time.

When l looked back at the backgrounds of Enrique Lores, its CMO, I saw an unusually strong marketing and branding background going back to Procter and Gamble that is unusually deep for a tech CMO. I haven’t seen that kind of depth since Louis Gerstner built his handpicked marketing team to turn IBM’s image around. But then I noticed something even more unusual, the guy who heads their PC unit, Ron Coughlin, also has a marketing background and he was CMO of PepsiCo. Recall that the CEO that Steve Jobs personally hired came, coincidently, from Pepsi.

Now as most know, while CMOs execute marketing, the folks who actually fund it are line managers and today, way too often, the line manager doesn’t understand marketing -- even if the CMO does -- and thus doesn’t fund it adequately. Even the best CMO can’t function if they aren’t given a budget, but having someone who understands marketing deeply, and who controls the purse strings, is clearly working for HP Inc., at least this last quarter.

In addition, one of the things Jobs personally brought to the table at Apple was the fact he got marketing and the end-result was that he drove products that he knew he could sell. The more typical engineering-driven firm tosses products over to marketing in the hope they can be sold, which leads to a tremendous amount of waste. Coughlin’s marketing background should lead to more hot products and clearly many of its PCs, like the Spectre and Omen, show as well as Apple’s counterparts as a result.

HP succeeds because it ‘gets’ marketing

I think HP Inc.’s past performance is a showcase for what can happen if you have deep marketing skills in both the CMO’s office and line management. Granted you also need to know enough about how the product is built to get things done. But this combination, I think, showcases why HP Inc., a firm that appeared designed to fail, is actually doing impressively well.

On the horizon are its 3D printers which are unique in the market and, apparently, firms like Rolls Royce are putting into production already. We can talk PCs till we are blue in the fact, but printers are a far bigger problem and the success of their unique 3D printers would go a long way to making that problem history as well. It won’t be until next year that we’ll know if the promise of 3D printers can make the difference. We’ll see, for now it is just nice to see a firm that gets marketing.

I’ll leave you with one more thought: Back when I was at IBM, I penned a report talking about the mistakes that nearly caused the firm to fail. One of the biggest was not defending the mainframe, which many then said was dead but remains one of IBM’s most profitable products nearly 40 years later. HP Inc. is defending and I think the outcome is already vastly different.