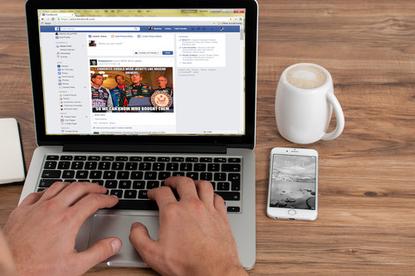 User-generated content (UCG) has become vital in a world where brands are increasingly building direct and transparent relationships with customers.

Following on from CMO's recent features looking at the reasons for why UCG should be a core component of marketing today, as well as our top tips on avoiding common pitfalls when investing in a UCG strategy, we talk to brand experts, marketing leaders and industry commentators to find out which brands are best leveraging content produced by consumers to boost customer engagement, trust, loyalty and subsequently, the bottom line.

One brand offering world class UCG in its content marketing strategy is Salesforce, local managing director of global production house Chimney Group, Bo Thorp, claimed. Called The Idea Exchange, the forum ensures a strong interaction and dialogue with strong platform users by getting them to post ideas and comment on ideas to source new product features.

It was the conversations on the Idea Exchange that formed the basis of one of Salesforce’s CRM features called Winter '14, released in 2013. Many of the features in Winter '14 actually came from users’ suggestions submitted through the forum in order to address customer’s growing needs.

“With The Idea Exchange, Salesforce uses their fans knowledge and brains to source and vet solutions and products ideas,” Thorp said. “I think it’s great for loyalty, engagement, knowledge and product development.”

Starbucks is another brand that stands out in terms of leveraging large-scale social media strategies to significantly boost engagement.

In 2015, Starbucks launched its ‘meet me at Starbucks’ global campaign and enlisted 53 cinematographers across 28 countries to shoot different instances during which friends interact at Starbucks locations. As Starbucks’ first global brand campaign, the project sparked 91 million social media impressions, inspiring customers to visit Starbucks to capture their own stories.

More recently, the coffee brand sparked customers’ attention again with their #whitecupcontest, where users were invited to design the new cups.

“In this campaign, Starbucks invited people to design the space outside of their logo, to make this personable and add to the brand, but not detract from it,” Thorp said. “It’s a classic model of ‘help design our… and win’ traditionally used by broadcasters, publishers and television programs through the years, but here, it was used well by a global brand.”

GoPro has made significant leaps and bounds in using radical UGC tactics to capture audience’s attention in new, exciting and innovative ways.

The brand markets itself as not just a camera, but an enjoyment platform attracting people from around the world to watch. As a result, the brand has over 3 million subscribers on its YouTube channel and over 6000 videos are tagged GoPro and uploaded onto the platform. Meanwhile, 400 or more video content uploaded by athletes sponsored by GoPro have generated over 50 million views on the social media platform.

“Best-practice UGC marketing makes it easy and provides multiple ways for people to share and submit their content and brands doing well in this space are rewarding audiences by promoting their content and giving them a really genuine compulsion to share and create something unique,” Lenovo’s A/NZ marketing lead, Sara Palmieri, commented. “GoPro is a great example of a brand that has pioneered UGC and continues to leverage it to drive brand awareness, loyalty and product sales.”

Hypetap’s co-founder, Detch Singh, also applauded GoPro for creating a legacy of uses of user-generated content to entertain and inspire its communities of adrenaline junkies and sporting lovers across the world. Hypetap provides technology for influencer marketing management.

“It’s a great example of a best practice because it’s so easy for users to share the content,” he said. “GoPro then uses the content in retail stores, such as airports and surf shops, where customers can witness first-hand what it feels like to wear and use their cameras. It’s a great way to boost engagement and sales.”

Coke is another brand that has had great success with UCG. Its ‘Share a Coke’ campaign not only encouraged consumer to seek out bottles with their names on it, but had the added benefit of people sharing pictures of themselves with their personalised bottles on their social channels.

“This type of campaign is not just promotion of your brand, but also celebrates lifestyle that your brand helps your customers and audience create,” Palmieri commented.

Singh said the campaign was a great example of using personalisation within the UGC space to attract interest and encourage people to share the product.

“These sorts of campaigns are an effective way to bring products to life by engaging real people, as opposed to pushing out overly manufactured promotional imagery, which consumers are becoming desensitised to,” he said. “Coke’s strategy was so successful that it actually increased profits by 2 per cent in the US alone.”

5. Tourism Queensland’s ‘The Best Job in the World’ competition

Closer to home, Tourism Queensland has earned a reputation of creating a globally successful UCG-based campaigns that significantly boosted engagement for the brand.

In an effort to promote the Great Barrier Reef, the promotional agency encouraged people worldwide to submit videos applications for ‘The Best Job in the World,’ which involved being a caretaker of the islands from Hamilton Island, and house-sit the reef for half a year.

The campaign resulted in users generating hundreds of hours of content that was then used to further incentive future applications for the roles, while concurrently attracting visitors to its online properties and keeping them engaged and on the site.

A favourite example for many industry commentators is ‘The Tip Exchange’, a successful forum rolled out by stain removal product, Vanish.

“It’s a few years old now, but it’s simply brilliant,” Naked Communications’ strategy director, Craig Adams, claimed. “Vanish essentially enabled consumers to exchange tips on stain removal – it’s that simple. You either had a stain, or you had a tip – and the website provided a space for you to receive or give advice.”

According to Adams, the success of the strategy was that the heart of the activity was the product, but it was consumers bringing its true utility to life.

“Not only does this idea demonstrate how simple UGC efforts can be, but it serves as a nice reminder that there are lots of things you can enable your consumers to create for you – beyond videos and photos on Facebook,” he said.

7. Cronulla Sharks’ ‘where the shark are you’ campaign

“We were looking for that deep level of engagement and when you have that, you want to leverage that passion for the sport and turn that into compelling content - and build a whole series of engagement around that,” The Sharks’ head of digital commercialisation, Scott Maxworthy, said.

To boost fan engagement, the club leveraged the relatively new Facebook Live platform, and is experimenting with creating a live video show that has a large amount of fan generated content within it.

“The club has a weekly broadcast called The Shark Cast which is like a Sharks footy show,” Maxworthy explained. “One of the segments is called ‘where the shark are you?’ That’s where we encourage fans to send us a selfie of where they are watching the show or game anywhere in the world. We’ll then highlight those people on our social media. It’s a very interactive form of fan engagement.”

Maxworthy claimed the Sharks receive hundreds and hundreds of fan generated photos coming in from all around the world as part of the new content mix.

“But these campaigns are now expected – you can no longer just sit there and broadcast and have a passive audience, it’s all about relevance to your audience, earning that attention and that means finding ways to create that interactive, one to one level of conversation,” he added. “It’s all about empowering your fan base and encourage them to become part of your tribe.”