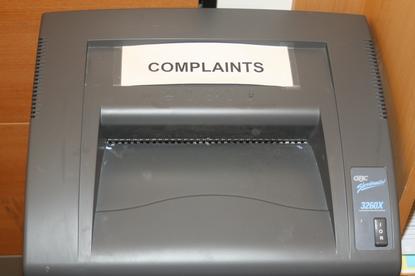 There's plenty of lip service paid today to the importance of customer service, but a new study suggests brands are failing miserably at delivering it. Social media, it turns out, isn't making things any better.

In any given year, more than 80 percent of consumers try to reach a brand, and for most of them, it's an exercise in frustration, according to new data from The Northridge Group. Fifty-five percent say they need to use two or more communication channels to contact a company or brand before an issue is resolved. In general, 44 percent of consumers say companies don't make it easy to contact them.

As for social media, 77 percent of consumers say they use social channels to contact companies at least as much as they did a year ago, but one in five never even get a response, Northridge found.

For its State of Customer Service Experience 2016 report, released Tuesday, the consultancy surveyed more than 1,000 people in the U.S.

@ACTFibernet 😡 3rd day without #Internet. Could ur #CustomerService get any lousier?
— Danish Manzoor (@ReachDanish) August 9, 2016

There's also a generational factor at work, the data suggest. While roughly a fifth of Baby Boomers will try another communications channel within 60 minutes if their issue is not adequately addressed, millennials are even more likely to do it: a full 40 percent of them will jump to another channel in that situation.

Northridge attributes that difference to the rise of mobile and digital technologies, resulting in a lower tolerance for delays among younger consumers.

“When it comes to interacting with customer service departments, today’s time-starved consumers want easy,” says Pam Plyler, executive practice lead for customer experience at Northridge. “The unfortunate reality is that as consumers attempt to make contact with brands, it is anything but easy. Their experiences are often highly fragmented, inconsistent, labor intensive and lacking personalization."

Of course, as a management consulting firm that specializes in customer experience and business transformation, Northridge has an interest in telling companies they need help in this area. But similar observations are not difficult to find.

"This is all true," said Denis Pombriant, managing principal at Beagle Research Group and author of several related books. "It's hard to contact companies, and not just conventional companies."

Many startups that operate on a cloud model "try to channel customers only into their sales funnel and only through their websites," Pombriant said. "The result is frustration when you want service and not to make another purchase."

A company's objective should not be to resolve problems on the first call, but rather to eliminate those calls altogether, he said. "You get that when you map your processes and then seek to eliminate bottlenecks using analytics and metrics."

When problems do arise, responses had better be quick.