How facial recognition is prompting a new way of marketing innovation 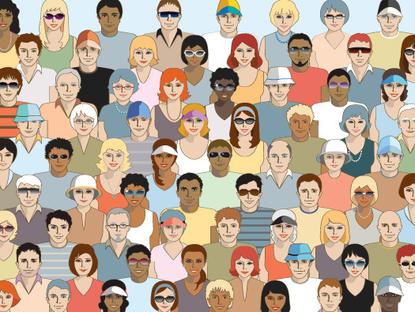 You’ve pulled up outside a property from your preferred hotel chain, ready to check in for the night. You’re a stranger in a new city, but the concierge greets you personally and by name. Before you know it, you’re handed your keys and are heading to the elevator. Check in is complete.

And you’ve never met any of these people before in your life.

It’s a scenario that’s not so far from reality thanks to advances in technology for facial recognition in crowded situations.

The technology is already finding favour with hotel chains, casinos and airports, to monitor for thieves and other undesirables. It’s no great stretch to use the same technology to deliver an improved customer experience to high-value guests.

The technology generally has two broad applications from a marketing sense.

Firstly, it can be used to determine demographic information on anonymous individuals within its field of vision, such as their age or sex, as well as determining where they are directing their gaze, and for how long. This use case is being adopted by outdoor advertising firms such as Val Morgan Outdoor (VMO) to provide more accurate data back to customers.

Secondly, the technology can be used to identify known individuals, such as shoplifters, or loyalty program members who have opted in to such systems. It is this use case that Stephen Meltz, Asia-Pacific director of German facial recognition technology company, Cognitec Systems, says is catching the attention of an increasingly broad range of service providers and retailers.

While the technology has been in existence for many years, two factors are accelerating its adoption.Firstly, Meltz believes consumers and service providers are becoming more familiar with the concept, as attested by increasing interest in his company during recent appearances at retail trade shows across the region.

“Three years ago, they were ‘interested’,” Meltz says. “This year people are saying ‘we have to have it’. There is a real change in the idea of using facial recognition in the retail environment. We are out there talking to retailers and shopping malls, and seeing significant growth around South East Asia. And Australia will follow.”

It’s increasing comfort with the technology that will be critical to its success. Three years ago, UK supermarket giant, Tesco, made headlines with a trial that purported to use facial characteristic matching to customise digital display advertising at point-of-sale terminals. The trial was apparently dropped due to the privacy concerns it raised, and Tesco did not respond when asked to comment.

“The reason it didn’t progress is the brand experienced a backlash from its customer base,” Meltz says. “And the reason for that is because of the Big Brother syndrome.”

Critically, Meltz says brands are becoming more adept at explaining the technology and how it is being used to customers.

“Where fingerprint is accepted now, there will be a driver around face as well,” he predicts. “In two to three years’ time, you will see some interesting innovation around face.”

Dr Karen Nelson-Field, a professor of media innovation at the University of Adelaide and CEO of media measurement specialists, Media Intelligence Co, agrees that the biggest limitation today is not the technology itself, but the human element.

“While systems should be transparent about the data they’re collecting, the thing that matters most is what is being done with the data,” she says. “Solutions should be focussed on improving the customer experience while avoiding embarrassing situations.

“Many more limitations are placed on the technology through regulation and end user perception than through the availability of technology.”

“We had facial recognition available in the last decade,” he says. “Being able to consume the data quickly enough was the challenge.

Australian technology developer, iOmniscient, is also finding success for its technology, which enables the identification of faces within a crowd. Founder and CEO, Rustom Kanga, says his company’s technology has already proven itself adept at spotting known shoplifters in a busy retail environment, and is also gaining interest as a customer service tool.

“We have systems in Dubai where when a customer gets out of their car they know who it is, and the person comes out to greet you by name before you come out to register,” Kanga says. “In places like Dubai Mall and Mall of Qatar, where they have these very high-spending people, they will know about you when you enter the store. And in Suntec City in Singapore there is a system like that that keeps track of VIPs.”

Kanga says one of the benefits of the technology is that it can fulfil multiple uses simultaneously, such as identifying VIPs or shoplifters, determining movements of specific (but anonymous) individuals through an environment, or finding the best placement (and resultant effectiveness) for display advertising.

This last capability has seen facial recognition embedded as a core component of the DART measurement system launch by VMO more than a year ago. According to its managing director, Anthony Deeble, facial recognition provides audience accountability and clients, and can do so in real time.

“We’ve deployed a series of audience metrics devices,” he says. “They use an optic lens – although they do not operate as cameras – which read and map the face, and particularly the eyeballs, in terms of direction and what people are looking at. That determines the approximate age, sex and what they are looking at, at a particular point in time.

“Campaigns are measured live, and the audience is measured live in terms of the engagement and profile of that audience.”

The next generation of DART will provide more granular demographic data, particularly in relation to age, as well as providing information on the mood of the people looking at its signage.

Deeble says DART has been a success for VMO, driving millions of dollars in campaign spending.

“If you think about the wastage that might occur in a normal outdoor campaign, we are reaching a whole bunch of people that a client or a campaign objective really isn’t that interested in. This (DART) allows an increase in targeting efficiency that you couldn’t do with traditional static media.”

The next step will be serving bespoke content directed and targeted towards particular demographic groups in different geographic locations at different times of day.

“What we are really talking about is increasing the targeting efficiency of outdoor to a level that hasn’t been possible before,” Deeble says.

Eventually, this will lead to digital outdoor being bought on more of a programmatic basis, with Deeble adding that VMO is gearing its business to trade with digital trading desks.

But despite VMO’s enthusiasm, outdoor measurement system, MOVE, at this time has no plans to incorporate the technology into its reporting system.

According to MOVE’s general manager, Grant Guesdon, issues remain regarding the technology’s scalability and cost of deployment, given MOVE currently measure 78,000 advertising opportunities, and its inappropriateness for situations such as large signage in atrium areas in shopping centres and other situations where advertising might be viewed at a distance.

Guesdon says other problems exist in terms of the accuracy of the technology when it comes to measuring age and gender, while the MOVE system also incorporates critical information such as occupation and income.

“Overall, as a technology it seems to have a great role in the campaign activation side – and therefore relevant to the industry – but it’s not a great audience measurement tool by itself,” he says. “It needs other data to make it of real value in measuring the audience.”