MCN partners with Near to offer geolocation-based mobile advertising 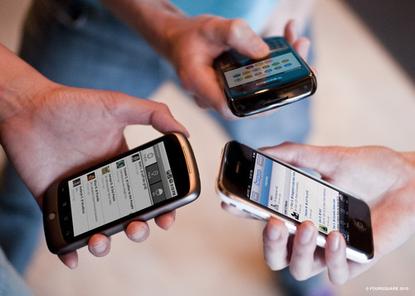 The new MCN Location offering is the result of an exclusive Australian agreement struck between MCN and Near in May and will see the TV and digital content sales agency selling data-driven, location-based mobile advertising packages to agencies.

Advertisers will be able to use display, rich media and video assets – either pre-built or provided by MCN – to target consumers via the wide range of apps Near has access to, stretching from the Bureau of Meteorology to Angry Birds.

MCN said it has mapped more than 1 million points of interest using Near’s platform, including stadiums, shopping centres, retail outlets and restaurants. Near has also dynamically mapped about 15 million device locations as part of its offering, assigning certain behaviours to users of those mobile devices in order to segment them appropriately.

MCN said it can also can add in an advertiser’s location requisites such as their retail outlet or dealership, as part of any advertising delivery.

“We’ll be working with Near to extend the location datasets across the rest of our digital network to offer location-based targeting across our premium assets,” MCN digital partnerships and product development director, Suzie Cardwell, said. “Over the longer term, we’ll integrate Near’s location data across our marketing-leading data product, Multiview, to connect with audiences across any screen, at any location and at any time.”

Cardwell told CMO MCN will target specific audiences in a couple of ways. The first is by creating bespoke audience segments based on an advertiser’s brief and brand. For example, a luxury automotive brand may look to target affluent males aged 35 years or over, in which case MCN would serve up advertising on mobile devices that are regularly tracked at golf clubs or marinas.

Importantly, Cardwell said MCN hopes to close the loop on advertising attribution by being able to measure campaigns against footfall in an advertiser’s owned retail stores or location, for instance.

MCN has brought on former InMobi and Blis business and sales manager, Rob Marshall, as its new mobile sales manager to spearhead the partnership and offering. He will be based in Melbourne.

Near’s general manager for A/NZ, Cameron Curtis, said MCN’s reach made it a natural partner in the local market.

“Geo-behavioural data becomes more powerful as the audience samples grow larger and they spend time across multiple screens, so for us, MCN’s deep existing engagement with Australian audiences across multiple channels means we will be able to deliver strong results from the outset,” he said.

Cardwell said MCN was now in the process of test-and-learn with several trial customers on its first campaigns, but declined to disclose brands.

Targeting is clearly on the agenda for MCN. In June, the sales representative group confirmed the appointment of Mark Brandon as its first chief data officer to lead its Multiview research, insights and analytics teams, expand its data roadmap and drive a company-wide data strategy.