How this startup is using design thinking to tackle Uber 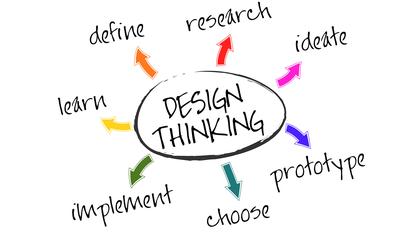 When you are battling a competitor valued at US$62.5 billion, any edge you gain may prove crucial in securing your position. Such is the situation for Sydney-based taxi booking service, Ingogo, which is tapping design thinking in order to compete in the broader point-to-point transportation market against US-based behemoth, Uber.

The two companies provide a similar service that gets people from one place to another using private vehicles. But according to Ingogo’s head of marketing, Todd Shipp, his company is seeking to look beyond the service itself when attracting and retaining customers.

“By stopping and problem-finding, we are consistently adding value to our customers, which is fundamental in building our brand,” he says. “We have an excellent and large technology team ourselves, but we realised we needed the expertise of an external business to take us to the next level.”

Shipp says the greatest value has come through Neo challenging basic assumptions. Sometimes the solutions appear small, such as a tweak implemented for Ingogo’s drivers, but can have a big impact.

“A taxi driver is on the road, trying to navigate through a busy street, obeying the road rules, and then trying to accept a job that we have pushed through to an app that sits on their dashboard,” Shipp explains, adding this is not such an easy task to complete quickly for someone with stubby fingers.

“So we moved our accept button slightly higher, and we had a better acceptance rate. To those drivers that use it day in, day out, a simple change means a lot.”

“When people were booking cabs, they would want to keep a conversation going, but had to keep looking at their phone,” she says. “The whole UI of the application is built around a periphery interface, which means through motion, contrast and sound you can book your car, and you can have the phone on the side and keep the conversation going.

“Another problem was that people kept getting in the wrong taxi. What we did was created a strobe light that tells the drivers that their passenger is looking for them. They hold the phone up, and these two people can connect.”

Gilmore says design is now playing a more prominent role in customer engagement, and marketers are beginning to realise this.

“If we can start thinking about engagement in a different way, we can start to bring design and marketing together in better ways,” Gilmore says. “The startup and the VC world now know that if design is taken seriously early, that company will be more successful. Because it is not a retention tool, it is a selection tool, particularly in industries where there are other options that functionally offer the same thing.”

Shipp believes Ingogo is unusual as a startup through taking its design-led approach to development.

“We are all trying to be so nimble in the startup space that things like overall brand architecture have to take a back seat,” he says. “It is only after the fact that you stop and think about where you missed an opportunity.

“But as a startup, you are reliant on the capital that you have raised. It can only go so far, and you have to make some tough decisions.”

Read more on how design thinking is helping brands improve their customer approach: