'What took Oracle so long?' one analyst wonders as software giant announces acquisition 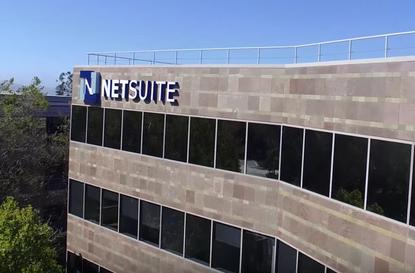 Oracle's US$9.3 billion purchase of NetSuite may be the most anticipated acquisition in the history of enterprise software.

"It’s like the high school sweethearts you always knew would get married but they had to get through four years of college first," said analyst Frank Scavo, president of Strativa.

There's no denying the two companies share a long history. Not only was Oracle chairman and chief technology officer Larry Ellison an early backer of NetSuite, but both NetSuite founder Evan Goldberg and CEO Zach Nelson spent time at Oracle.

"There's a lot of Oracle DNA in the company," Nelson admitted in an interview late last year.

"The only question in my mind is what took Oracle so long?" Scavo said.

Oracle might have gotten a cheaper price than the $9.3 billion it's paying if it had made its bid back in February, when NetSuite's shares were trading below $60, Scavo said.

But there's little doubt the investment could pay off handsomely. In terms of sheer numbers, Oracle will now have the largest installed base of pure-cloud ERP customers, Scavo said, and "many of these are smaller businesses, where Oracle has not had a strong presence."

NetSuite brings Oracle almost $800 million in revenue as well as an expanded market share, agreed Ray Wang, founder and principal analyst with Constellation Research. The purchase also keeps NetSuite "in the family" and prevents competitors from encroaching on Oracle's market.

Perhaps even more important, the acquisition will help fill in gaps in Oracle's cloud offerings -- an area where it's been struggling to catch up after a late start.

Oracle's cloud reputation is still weak, so by buying NetSuite, it gets not just cloud assets and skills, but "a firm with a reputation of being very good at 'things cloud,'” said Rob Enderle, principal analyst with Enderle Group. "It should result in Oracle being considered a far stronger cloud player."

"Oracle has had a good history with post-merger integration," he said. "NetSuite will be able to take advantage of many of Oracle’s technical assets and customers can expect to benefit from the synergies."

One thing customers should try to do soon is renew contracts with more favorable terms before Oracle takes over, he suggested.

"Companies making acquisitions often raise prices to pay for them," he explained. "We always tell companies to renegotiate their contract if they like their current terms -- you want to lock in what you have."

Partners, meanwhile, can expect some changes. NetSuite's partner program is "friendlier" than Oracle's is, Wang said, so it would be in NetSuite partners' interest to lobby Oracle to keep those programs separate.

NetSuite on Thursday also announced financial results for its second quarter, including revenue of $230.8 million, up 30 percent over the same period last year. The California-based company has offices in Australia, Canada, the Czech Republic, Hong Kong, Japan, the Netherlands, Singapore, Spain, Thailand, the Philippines, Uruguay and the U.K.