Voice Search is Booming So Find Out How it Works 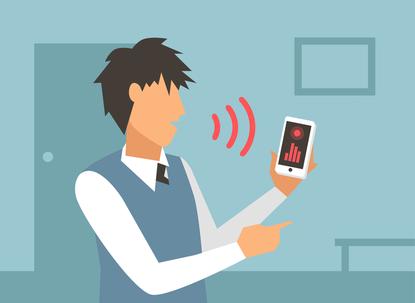 This is a sponsored post written by me on behalf of Bing Network. All opinions are 100% mine.

Voice search is booming so find out how it works

No matter what business you operate, knowing how to tell your customers that you exist is as important as ever. But the times have well and truly changed. Phone directories go straight into the rubbish and recycling while TV ads frequently get skipped over with set-top boxes and that’s if they appear at all. A whole generation of kids don’t actually know what TV commercials are having been brought up on mobile devices, Netflix and all.

But while the old school is in decline, are we really missing the idea of casting a message out into the wild in the hope that some customer somewhere might see it and get in touch? These days that’s almost madness, especially with so many TV channels out there and the remaining, declining audience having become increasingly fragmented.

Absolutely everybody searches online. And with more and more people sharing more and more information about themselves, including their age, interests and location, we know increasingly more information about the people doing the searches - so search can be much more targeted. Heck, ads actually start to become useful and not an irrelevant annoyance.

But knowing which search networks to use is paramount and that means knowing how people search on them is increasingly important.

For instance, as we surge towards one billion Windows 10 installations, it’s worth remembering that Windows’ built-in virtual assistant, Cortana, only works with Bing. Nowadays, it’s far more than the old search box, it’s integrated into all kinds of technologies. Xbox gamers are using it and so are all those Microsoft Office users. That’s a wide ranging, online-connected bunch.

Cortana alone has handled two-and-a-half billion search requests but she’s got competition: Apple’s Siri uses Bing too. As such, learning how to to make the most of search queries that are made using natural conversational language, rather than simple search keywords, is becoming increasingly important. So when you talk to your Search Network partners, it’s essential to learn about these differences: because when you can learn who their users are, what they like and, most importantly, where they are, the potential for boosting your business through targeted messaging has never been more powerful.