How to tell if your company needs a chief digital officer

Transforming your business to a digital operation requires a dedicated professional who thrives as a change agent, a.k.a., a chief digital officer. Here's how to determine whether or not your organization can benefit from another executive in the new C-suite. 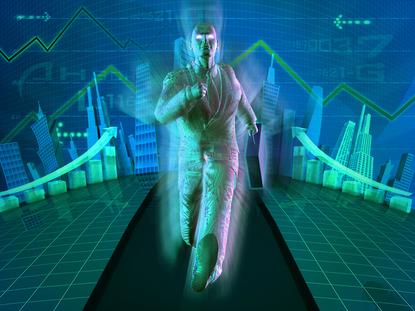 Companies in all industries are being pulled into the digital age. Customers now expect seamless experiences with the online products and services they use, and they will leave behind businesses that aren't able to meet those digital expectations.

Companies such as Uber and Lyft are pushing out traditional taxi companies, for example. Cable companies feel pressure from cord-cutters. The ad industry is in flux due to ad blockers. And the list just goes on. If your organization doesn't make the right moves or acquire the right talent its days could be numbered.

The CDO role has been around for some time, but the position continues to evolve as the C-suite becomes more crowded. "The CDO owns identifying the key areas where digital transformation can dramatically improve the customer experience and is the influencer who drives that change to happen in the organization," says Mark Orttung, CEO at Nexient, a technology services provider that specializes in agile software development.

Who needs a CDO?

Four years ago at McGraw-Hill, a top educational publisher, the company's leadership recognized the need for new, more modern software and digital services for its clients. "The CEO decided that in order for McGraw-Hill to continue thrive it was important to service the world of education through robust and authentic learning technologies," says Stephen Laster, McGraw-Hill's first CDO.

"He knew that strategically that needed to be the focus of McGraw-Hill as a learning science company." Laster is responsible for all of the company's product development. However, every organization breaks down C-suite responsibilities differently, so the scope of the CDO role varies from organization to organization.

A recent PwC's study on the CDO role found that the position has been implemented primarily at organizations in consumer-focused industries such as media, entertainment, food and beverage, and consumer products. The study also suggests larger companies are ahead of the curve with CDO positions.

Some critics also believe the CDO role is a fleeting one. "Most organizations don't need a CDO permanently," says Mike Cohn, CEO at Mountain Goat Software. "Given that the role is largely focused on transformations the role isn't needed in all companies. Some companies will never need a CDO."

So what kind of company does need a CDO? "Any large organization which doesn't already have a digital approach in its DNA," according to Orttung. "If you're not Google, Apple or a tech company, you should be looking at bringing in a CDO."

What makes a great CDO?

CDOs should help their companies usher in the digital age, or help them through some digital transformation, but are there defined skills and responsibilities for the evolving and sometimes vague title?

By definition a CDO is a change agent within the organization, according to Laster. "It's critically important that this person be able to hear and understand a diverse view of opinions and ideas and then be able to synthesize them into frameworks that people can see themselves in," he says.

According to Cohn, CDOs need to be skilled in three areas: data analytics, technology and traditional ecommerce marketing. "An ideal CDO candidate will blend these together to successfully lead analog to digital transformations," he says.

Orttung shared four crucial skills CDOs need if they hope to be successful:

CDOs must be skilled at business strategy, customer engagement, acquisition and loyalty via digital platforms, according to Kim Villeneuve, CEO with Centerstone Executive Search, an executive recruitment firm. "These include desktop, laptop, smartphone, tablet, game console, smart TV, smart watch and wristbands, as well as technology on the horizon," she says. "The CDO is a consummate general manager, recognizing the need for influence, collaboration and building innovation across all functional areas."

The CDO should understand the markets they serve and be passionate about them. CDOs need to be able to formulate strategy, communicate to a number of different stakeholders and then be able to implement plans and make them a reality, Laster says. "These are super important for a role that's driving fundamental change."

Differences of opinion exist around whom CDOs should report to -- the CIO or the CEO? Orttung is among those who say that CDOs should report to CEOs to ensure they have the approval and resources they need to get the job done. "This role is critical to the success of the overall organization and will require the CEO's support to make the necessary changes to the core processes of the company," says Orttung.

CDO needs a working relationship with the CIO

Regardless of the reporting structure, CDOs need a strong and active relationship with CIOs if they hope to succeed. "If this interaction works well, the rest of the business will thrive," says Orttung.

Laster says McGraw-Hill's CIO is his best friend. "He is the host of everything I create. "We're two halves of a whole," he says. "There is nothing I could accomplish without a great CIO."

Laster also believes that a previous stint as CIO made his move to the CDO position easier. Centerstone Executive Search's Villeneuve agrees that CDOs with technology backgrounds are well-positioned to form strong bonds with their CIOs. "CDOs who have come up through the IT function, or had significant understanding of that function, stand to have more credibility with the CIO which in turn yields a strong partnership."

Evolution of the CDO role at McGraw-Hill

When McGraw-Hill hired Laster, there weren't a lot of preconceived notions about what the new role should be, he says. Laster started as a team of one and had to quickly ramp up, which involved finding the right talent — internally and elsewhere — to build the necessary software. He focused on learning as much as possible about the organization, and then put in some governance policies that were necessary for him to construct a unified roadmap. Next, Laster started to build a strategic architecture for his platform and product development.

Four years later, McGraw-Hill's CDO runs a department that has more than 500 workers and freelancers, all focused on building the digital products and services the company's clients need.

"My biggest challenge is helping both our customers and the folks within McGraw-Hill understand this beautiful apex of the art of what's possible with technology overlaid with what can authentically be used in a teaching moment." Laster says.