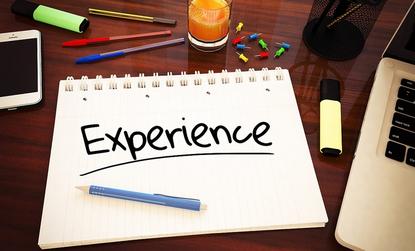 The lure of technology can be a tempting one for retailers, with its promise of data-rich platforms generating deep customer insights and new fulfilment capabilities. But when your proposition is built around offering a great instore personal experience, how do you translate that into the somewhat soulless environment of online?

It is a conundrum that constantly challenges Simon Russell in his role as director of retail operations at UK-based department store, John Lewis.

“We are going through a time of unprecedented change, and that brings pressures on retailers,” he says. “There have been lots of causalities in the UK and worldwide, but lots of opportunities as well for retailers. And it all boils down to how we evolve and change.”

While John Lewis has an extensive online presence and has recently invested in multiple technology refresh projects across its website, order management and ERP, Russell says it is retaining the human touch that is most important.

John Lewis is unusual in that the company is owned by a trust on behalf of its employees, who retain a say in how the business is run as well as receiving a share of its annual profits.

Speaking ahead of an appearance at the CX Tech Fest event in Melbourne in August, Russell says self-ownership is one of the key drivers behind the high levels of customer service the company prides itself on.

“That is the sweet spot we want to bring alive,” he says. “They have a real vested interest. They really care about the business. Customers value that. But how do you bring that staff magic to a journey that will have started online? That is an area that we want to lead in.”

John Lewis recently made a number of changes to its online offering to trying to bring the two experiences closer together. The company has a motto of being ‘Never knowingly undersold’, where it actively researches the ranges of its high street competitors. That has now been applied to its website, while online ordering with instore returns has also now been made seamless.

“Customers just expect it to be the same and don’t expect any particular channel be different,” Russell says. “Customers don’t think of it as ‘shops’ and ‘online’, they just think of it as shopping with a brand.”

While Russell says the company’s investments in new technology will drive benefits to customers, he says this will never come at the expense of its investment in people.

“One of the biggest traps retailers fall into is an obsession about the technology,”
he says. “You need to focus on people at the same time. How you bring the people in the business with you on that journey and invest sufficient time and energy into those people is really important.

“It is very easy in some businesses to forget staff, but it is a third of our focus. We are very transparent about our business strategy and the performance of our business the whole way through.”

One area of technology John Lewis will be investing more in is analytics. Russell says while there is currently concern among select customers regarding how their data might be used, they are also growing more accustomed to the idea of having a ‘contract’ with a business.

“In the future, where there is something in it for customers, we will see much more,” Russell says. “But at the moment we are using it to be pretty specific and understand what is happening to customer behaviour.

“It is an incredibly exciting time for retail. I think our generation of retailers are quite lucky. It is completely transforming, and it is a really exciting time. And those retailers that are on the front foot and actively focused on customers and investing for the future early are going to reap the rewards.”