IAB Australia gets a new CEO 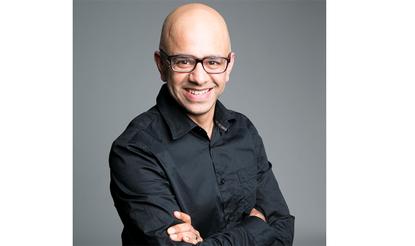 Vijay Solanki takes over in August from Alice Manners, who announced her resignation in March after nearly three years in the role and left in May.

Solanki was most recently in charge of the digital transformation program at Southern Cross Austereo and has more than 20 years’ experience in international marketing, digital, brand strategy and media. Before the radio role, he was senior director for global digital innovation at Philips, and has also held roles with Unilever, BP, Lastminute and Shazam.

“He will be tasked with bringing together an increasingly broad range of stakeholders including advertisers, agencies, media and technology business and charting a new course of growth and increased purpose for IAB as the ‘go to’ partner for all things digital,” he said.

Solanki emphasised the importance of technology and digital in modern marketing leadership and strategy and said he will bring a highly collaborative approach to the CEO’s post.

“My strong roots in marketing strategy and my belief that technology is the armoury of the modern marketer allow me to bring empathy to the role and I intend to use this as I meet senior marketers, agency leads and publishers,” he stated. “Their input will help me shape our strategy to extend IAB’s role as the trusted partner for any organisation navigating the digital world.”