Don't use Facebook? The company may still be tracking you and the ads you see 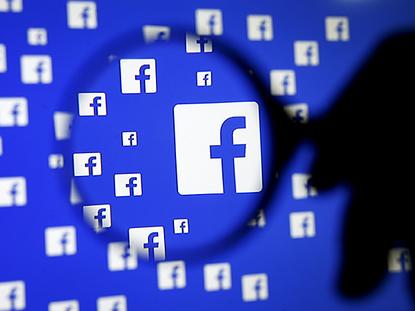 Facebook is expanding its ad network past its own borders, encompassing Internet users who don't even use the social network.

The company said it's looking to improve ads, both on and off Facebook.

One industry analyst said the move will enable Facebook to extend its reach in mobile advertising, and that should mean increased revenues for the world's largest social network.

"Digital advertising is a very big deal," said Ezra Gottheil, an analyst with Technology Business Research. "This is actually good for advertisers, too. They don't want to show ads to people who don't want to see them. It detracts from the content site experience."

The seeds of this new move started two years ago when the company launched the Facebook Audience Network, aimed at helping advertisers extend their reach beyond Facebook and into other mobile apps.

With that initial effort, Facebook only showed ads on other sites to users who had their own Facebook accounts.

As of this week, that's no longer the case.

"Today, we're expanding Audience Network so publishers and developers can show better ads to everyone – including those who don't use or aren't connected to Facebook," wrote Andrew Bosworth, vice president of Facebook's Ads and Business Platform, in a blog post. "One of the things we've heard from people is that many of the ads they see are annoying, distracting, or misleading. We think companies can do better, and that's why we've been focused on improving ads both on and off Facebook."

That means Facebook will not only be tracking its own users but also non-Facebook users.

The company is expected to use cookies, the familiar "like" buttons and plug-ins embedded in participating third-party sites.