How HealthEngine boosted its customer management strategy with CRM 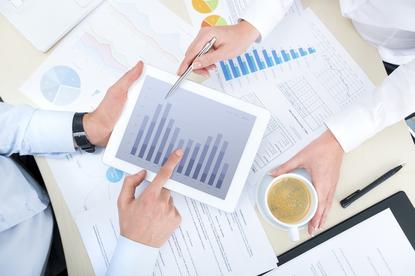 Digital booking platforms are quickly disrupting traditional sectors such as healthcare. And just like any fast-growing business, they need a scalable solution to keep on top of their customer service game.

HealthEngine, an Australian healthcare appointment management system, is one such player in the space and had been looking for a scalable CRM solution to better tackle customer service. Head of customer and brand, Matthew Dunstan, reveals how the company has been integrating the SugarCRM platform to boost efficiencies and enhance user experience across the board as the company expands in Australia.

From startup to speedy growth

HealthEngine connects Australians with health practitioners such as doctors, physiotherapists and chiropractors in their local area. Since the 2006 launch, the business has received investment from Telstra and Seven West Media and has more than 60,000 registered health practices listed on the site.

“We work twofold in the sense that we need the healthcare suppliers on-board from the medical practices and the consumers to create demand to book those appointments,” Dunstan said.

The privately owned Australian business was initially a tech startup and according to Dunstan, has been experiencing fast growth for the past eight years.

“Two years ago we had 30 people, and that was about the time we implemented the SugarCRM system, we now have about 80,” Dunstan said.

Prior 2014, the HealthEngine team were using a small, non-scalable CRM. The challenge was it didn’t fit with the plans for growth the business had; in particular, the acquisition of health practitioners in Australia.

“The challenge was how were we going to track, distribute, monitor, sign and collate all the leads that we had for sales people to track their conversations around Australia,” Dunstan said. “We needed to do that in a way that was more scalable, robust, structured and formal.”

“At this stage of our business growth, cost is very important to us,” he said. “We also needed to get something that was able to be flexible to cater for what we’re doing now and for the coming years. Plus having CRM Online, which is based in Perth, essentially hold our hand through the implementation process and consult us gave us the confidence that we were putting in a system that was going to do what we needed.”

Dunstan explained the CRM solution is being rolled out in phases and is still being implemented.

“We got the early stage version running within about a month, and ever since, we’ve continued to evolve the platform to make it do more, better and faster,” he said.

A challenge HealthEngine found when implementing the new CRM was its compatibility with bespoke internal systems, Dunstan said.

“One of our core systems is something we built internally,” Dunstan said. “So until you really get into it, you don’t know what may or may not work. On top of this, we needed to employ a full-time CRM administrator, who could be the champion and flag flyer for the new system, and lead the charge on all avenues. He learnt the system and then trained others.

“Overall, it wasn’t at all onerous, but like anything new, it required us to do refreshers every six months to make sure everyone knew what they were doing and whether we were doing it right.”

One of HealthEngine’s core goals was to make its sales people more efficient, and focus on selling, rather than the admin and more mundane tasks of data. The new CRM helped make the sales priorities more actionable, Dunstan claimed.

“We’ve certainly seen a lot of benefits from giving the sales people more time on the phone, plus we’ve seen a lot less errors in our systems and databases,” he said. “Setting up systems in SugarCRM has helped keep our customers happy, because we can accurately do what we say we’ll do, plus it means the amount of non-payment and the time spent on our back-end finance has reduced significantly.”