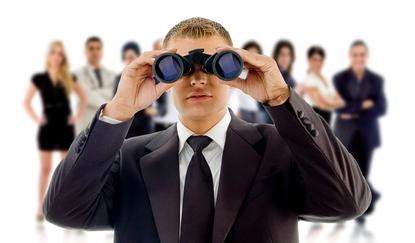 Employee engagement is increasingly becoming one of the most important components of the marketing mix, according to founder, chairman and CEO of Stantive Technologies, Doug Girvin.

“There’s been a lot of focus by CMOs on that traditional outward-facing world of customer experience and engagement,” Girvin told CMO. “But what we’re finding with a lot of our larger customers is that customer experience is a very broad-based initiative, and one of the critical touchpoints is effective communication internally with employees.”

Connecting the marketing mission to staff

Girvin claimed one Stantive client, a massive US-based low-cost retailer with more than 1 million personnel and an annual staff turnover of 600,000 people, found training and on-boarding over half a million staff each year was a massive challenge for the marketing team. The company’s market penetration was so large it realised one of its key marketing engines was actually employees.

“The CMO of the company said you can’t effectively market your products if your staff hate you,” he said. “If the employees aren’t engaged and negative about the company, this could be one of the most fundamentally damaging things that could happen and, in turn, would have a massive impact on customer experience.

“Staff and partners need to be very engaged, well informed and involved in the business is critical to subsequently drive customer engagement. It’s not something traditionally CMOs have been worried about, but obviously these HR and staff issues are now having a major impact.”

In response to this need, the company rolled out OrchestraCMS, which runs the staff intranet for largely part-time and casual employees. According to Girvin, Stantive has an intranet tool powerful enough to allow the company to engage just as effectively with a long-serving corporate employee as with a 15-year old first-timer on the front line.

“OrchestraCMS is built right inside the Salesforce system, so what happens is customer engagement would occur through CRM as a system of record,” he said. “You’d also see that through partner marketing and when we reach out to customer, partner and employee channels digitally through our intranet portals and public sites, we suddenly see the effects of that engagement across all those touchpoints. It’s a very seamless and integrated environment.”

Another client using Stantive’s technology approach is global biopharmaceutical firm, AstraZeneca. With personnel all around the world, the firm needed to support staff engagement across continents, nations, cultures, languages and contexts. According to Girvin, prior to implementing Stantive’s technology, its systems were fragmented, with different portals for different teams and countries. On top of this, it had no mobile-friendly or socially enabled system, and content was difficult to both find and to publish.

With the implementation of OrchestraCMS, 65,000 employees could access a single intranet from any device, with content that was targeted, dynamic and personal. Instead of separate portals for each language, content was served in 10 languages, driven by the profile preferences set up by users.

“A regional Chinese manufacturing facility is very different from a South American distribution centre or a European HQ, but Stantive built an intranet that allowed AZ to engage all personnel with the same information, via the same level of personalisation across all those contexts, no matter where they are or what they do,” Girvin said. “It’s all automated and run from the centre but all-star feel they are being engaged with as individuals in their own local context.”

For Girvin, this is just the beginning. He believed the more global a brand becomes, the greater the need to harness employee engagement as a core part of the marketing tool kit.

“If you look at the likes of AZ or Les Mills, it doesn’t matter if you are mid-sized or a large company, if you have global exposure, there’s a real challenge of reaching across all those geographies,” he said. “But the larger organisations have had a lot of difficulty connecting their employees around the world and delivering consistent brand, marketing and messaging and having people really understand the global mission of the organisation. So having a single intranet opens up the opportunity to engage everybody.”