Why Mamamia is investing in a data management platform 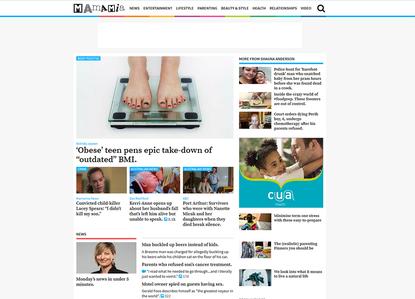 Reaching its long-term goal of delivering personalised content to every female reader based on their preferences and interests is getting a step closer for Mamamia Womens Network following a data management overhaul.

The digitally native publishing group has rolled out Krux’s Data Management Platform (DMP) to help collate, segment and utilise audience engagement data in order to better understand the content interests and behaviours of its female readership. The business, which launched with Mamamia in 2007 and covers topics such as parenting, entertainment, lifestyle, beauty, health and womens’ issues, has more than 4 million readers each month.

Mamamia Womens Network (MWN) MD, Kylie Rogers, told CMO the network of sites always had somewhat of a targeted approach, but the way the business previously managed data was siloed. The sites include Mamamia, The Glow, The Motherish, and Debrief Daily.

“We had a number of platforms that were not integrated together, and we never had a true understanding of our customer journey and experience and ultimately what our women wanted,” she said.

The investment into a DMP was prompted by two key issues: Firstly, coming up with commercial solutions for its advertisers and agencies allowing them to better target the right audience on the network; and secondly, to provide the editorial team with clearer insights around what women readers wanted in order to optimise content, Rogers said.

The rollout took four weeks, two weeks less than expected, and will culminate in the launch of new advertising offerings in May based on user behaviour, interests, intents, actions, purchases, preferences and signals. Rogers said the team has identified 10 key personas initially with which advertisers can better target its online readers.

To do this, MWN has combined both its own first-party behavioural data cross-referenced with second-party demographic insights from Eyeota such as age, income, household status and so on.

“From that, we understand who they are, what they are doing, and what they want,” she said.

“Data means nothing unless you can get those true insights. We were just very siloed – we were looking at certain metrics and data points depending on the department we sat in, and we knew it was time to take a holistic view and have the right partner to make sense of it, to truly and understand who are audience are and those customer journeys in that.”

The data unification exercise was led by three-strong working group spearheaded by MWN’s head of marketing, in partnership with the head of ad operations and the head of editorial strategy. The sales team is also playing an active role in building out the collateral based on the new personas on offer.

So far, the insights generated about MWN’s audience are supporting, rather than surprising, the executive team’s own gut instincts, Rogers said.

“Who we feel are out audience, what they want and the time of day they want it for, example, has been confirmed by the data,” she said. “Advertisers want to see that data.

“We are one of the only digitally native publishers with scale and that focuses on women. The data is showing the diversity of these women. They’re not just coming to the site for parenting information, and it’s not just a health, or beauty site.”

Following its initial goal of commercialising persona-based opportunities through premium advertising inventory, Rogers said the mid-term ambition for MWN is to feed these data insights back to the editorial department in order to shape editorial strategy and answer key questions about content developing and distribution. These could include whether it’s better to serve evergreen content to readers on weekends and topical news during the week, or if it’s better to do news round-ups in the morning or afternoon, she said.

“The long-term goal is to deliver personalised content to every single woman visiting our site,” Rogers said. “Give them what they want, when they want it, and in the form they want it.”

Key metrics MWN will use to understand the ROI of its DMP invest will not only include sales of premium advertising inventory, but also ultimately if MWN is growing its audience, she added.

Read more of our coverage of DMPs in action: