Chief marketer talks about how content, consistency and ongoing engagement lie at the heart of its marketing strategy for the movie franchise 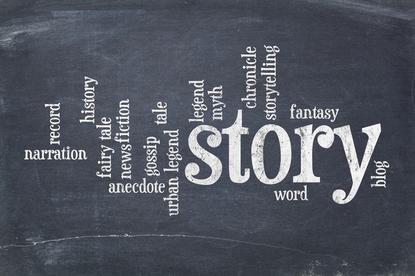 Taking on guardianship of the Star Wars franchise is not for the light-hearted, nor is it something that comes along every day.

Speaking at the recent Forrester CX and Marketing Summit in Sydney, Walt Disney’s local CMO, Gavin Ashcroft, said the starting point for the local team in advance of the launch of the Star Wars franchise’s first film in 10 years, The Force Awakens, was consistency, both in terms of the story as well as the experience fans and audiences received whenever they interacted with the brand.

“When you have a film like The Force Awakens, it’s a unique opportunity to reach out to new audiences and kickstart a new generation of fandom as well,” he said.

“What we focused on is the core consistency of the story itself and the craft of storytelling, which is not only intrinsic to Star Wars, but to Disney as a whole. It’s the DNA and the heart of the business and company.”

Ashcroft noted the franchise has always done a fantastic job of making that story seamless and unified to all audiences. That also required seamlessness in all marketing initiatives.

“We always return to one place, one history, one story. We all know the place - that one galaxy far, far away, one history – and it’s one timeline and continuum,” he said. “It’s one story no matter where you interact with Star Wars, whether it be comics, games, interactive content or the movies.”

Driven by a desire to deliver engagement 365 days a year, Ashcroft said the marketing team places as much emphasis on what happens between the movie releases as the launch of the movies themselves. As a result, a rafter of initiatives are underway to ensure audiences and engaged fans always have a Star Wars event coming in the calendar, whether that be Star Wars Day on 4 May, Father’s Day, or Disney’s global initiatives for children, he said.

“There is an authenticity in each of those initiatives that links them together,” Ashcroft continued. “There are no digital islands, everything must be connected and there needs to be a coherence and continuity to those experiences so they live and breathe as moments, but are all connected. Should you experience more than one, there’s a progression to the story we’re telling as well.”

With the launch of the Force Awakens locally in December 2015, Ashcroft said a deliberate strategy was scarcity of content. From the moment the first trailer dropped, the team less than four minutes of content to work with for next 12 to 15 months.

“It meant we to think differently about how we approached marketing,” Ashcroft said.

One initiative the local team focused on instead was “eventising” the release of the Star Wars toy range in order to create cultural moments and content, he explained.

“There were two components: The first was a global unboxing livestream of the toys, which was basically kids unboxing toys, a trend we tapped into.”

Australia was the first of 15 markets to livestream and also one of the first to have the new light sabre products.

“We then drove through to a retail activation with key retail partners, midnight openings that evening, and there was a stampede in-store and SKUs sold out in minutes,” Ashcroft said. “We captured a moment we could drive through publicity and create a cultural moment in an organic way.”

As CMO locally, Ashcroft said he could respond to nuances in the local marketplace, as well as in terms of being a high versus low affinity market for Star Wars traction (Australia is a high affinity market).

Another way of overcoming scarcity of content was partnerships. One of these was with Holden, and saw the Holden Racing Team pit crew dressed as storm troopers. This was targeting both the core Star Wars audience as well as a broader mal demographic.

The Disney team also used partnerships to reach new audiences. A more surprising one was with make-up brand, Covergirl, aimed at tapping into the younger female audience. This commenced with a product range designed to tap into feel of Star Wars and showcased light and dark side looks, and was built out locally into a fashion event with a bespoke clothing in collaboration with Pedestrian TV at the Sydney Powerhouse Museum.

As the company prepares for the second instalment of the new films in 2017, Ashcroft said the marketing team continues with its 365-day focus. Partnerships remain be important, and Disney is working again with Holden, as well as taking more of a charity focus this year.

“It’s in those moments you continue developing relationships and emotional connection with your audience while reaching out in an authentic way so they’re ready and willing to embrace the next release when it comes into the market,” Ashcroft added.