Forrester: Marketers must lead their organisations through disruption 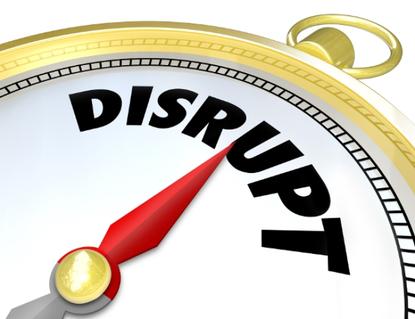 It’s pretty obvious digital disruption is happening, so what do marketing leaders need to do about it?

Speaking at the Forrester CX Marketing Event in Sydney, Forrester vice-president and research director, Michael Barnes, said the time is now for marketers to help their organisations thrive in this hugely disrupted space. And to do that, they need to look at the company’s ability to change.

Barnes said disruption isn’t something that happens to us. “You need to actively seek out ways to evolve,” he said. “It’s not something passive.”

Barnes pointed to Kodak, which was once the dominant firm in film but was completely disrupted by digital.

“It’s not as if Kodak was blind-sighted by digital, Kodak actually invented the digital camera in 1975,” he pointed out. “Well into the 1980s, the company had countless opportunities to embrace that technology to fuel evolution, dominate and remain relevant in that space, but they blew it.”

While Kodak was able to embrace film when it first rolled out, then adapted again to colour film, something changed when it came to digital. Barnes put this down to leadership.

“In the first instances of disruption, the company was led by its founder,” he said. “But clearly Kodak was unable to innovate beyond its founder. Once the founder was no longer leading, Kodak struggled.”

This warning bell hasn’t stopped other companies going down the same path, however.

“Look at General Motors, which created the electric car in the early 1990s called the EV1 and had a valid market for it,” Barnes said. “In 2003, they made the corporate decision to stop the program entirely and repossessed all these cars from customers, then physically destroyed them all.

“As a result, Toyota stepped in and took over and launched its own hybrid. But unlike Kodak, GM had time to recover and reinvested in hybrid technology to the point where it’s producing world-class vehicles. More recently, GM also launched an innovative car sharing pilot initiative in Michigan.”

Bringing these lessons back to marketing

From a marketing perspective, Barnes suggested CMOs need to think about how to harness both traditional marketing and digital marketing to deliver a coherent and valued customer experience.

“There’s also a pressing need to leverage new technology,” he said. “Things like mobile and social platforms are invaluable.”

“This is an incredibly important and valuable exercise, but it’s not nearly enough,” he said. “The key is for your organisation to have the ability to leverage the content and the insight that is generated to drive sustainable change within the organisation. To do that effectively, you need to instill a culture of customer-centric experience.”

When it comes to customer experience, Barnes argued the focus is too much on ease and effectiveness.

“We tend to focus on how and where we intersect and engage with our customers throughout their lifecycle,” he said. “But we also need to engage them emotionally. This is the key to fuelling culture and having it remain sustainable.

“At the same time, you need to put measures in place to ensure you are improving and to course-correct when required.”