Dick Smith stores set to all close by 30 April

Receivers confirm closure dates for 35 stores so far, and confirm all will shut by end of April even as the brand lives on online 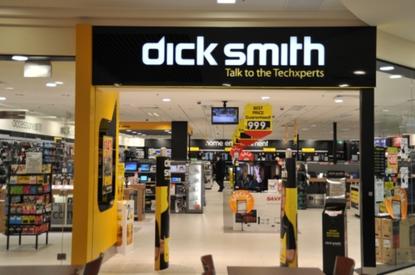 Nearly 400 Dick Smith bricks-and-mortar stores across Australia and New Zealand are set to close by 30 April, the retailer’s receivers have confirmed.

Dick Smith, one of Australia’s most iconic retail brands, was placed into receivership on 4 January following voluntary administrators being appointed to the group. Ferrier Hodgson was appointed as receivers and managers.

The collapse of the business came after months of speculation about the group’s future and followed what many labelled as a ‘go for broke’ sale and heavy discounting over the Christmas period. A profit warning announcement in November and decision to take a $60 million hit from slashing the value of inventories then saw the business’ share price tank by 70 per cent.

The group operates 393 stores across Australia and New Zealand across its four core brands: Dick Smith, Electronics powered by Dick Smith, Move, and Move by Dick Smith. It had 3300 employees and annual sales of $1.3 billion.

All of these are now set to close after receivers failed to find a buyer for the physical operations. Dick Smith’s 27 concession stores in David Jones closed in late January.

Thirty-five stores have been notified of their closure date so far, and Whyalla (SA) and Mornington (VIC) have already shut their doors.A second round of closures will occur on 9 April, followed by a third round on 16 April.

The receivers sad that where possible, staff will be redeployed to nearby stores while others will be made redundant. Employee entitlements are the priority ahead of secured creditor claims and are expected to be paid in full.

“We would like to thank the Dick Smith employees for their support during the controlled closure process,” said receiver, James Stuart. “This is a difficult and uncertain time for them and we have really appreciated their commitment.”

Digitally however, the brand is set to continue. Earlier in March, online retailer, Kogan.com, announced it was purchasing Dick Smith’s online retail business, and would continue to run the brand as an online-only consumer electronics retailer. The group was one of several bidders and takes over officially from 1 June.

At the time, Kogan founder and CEO, Ruslan Kogan, said his company would invest in building and nurturing the Dick Smith community to honour the legacy of the business.

“Dick Smith is an iconic Australian brand and we’re thrilled to be able to keep it alive, as well as Aussie owned and run,” he said in a statement. “I remember as a kid always visiting Dick Smith to look for parts to upgrade my computer. There is a strong history of passion in the Dick Smith community for how technology can improve our lives, and we look forward to helping making it more affordable and accessible for all.”

Under the deal, all Dick Smith customers will be contacted with the option of having their details removed prior to the transfer to Kogan ownership.

In a blog post by Forager Funds Management, employee Matt Ryan alleged Dick Smith’s demise comes after one of the “greatest private equity heists of all time”. In a report by Matt Ryan, the group alleged private equity group, Anchorage Capital, which acquired the group from Woolworths in 2012, stripped Dick Smith of its inventory before floating it on the stock exchange in 2013.

In his blog post, Ryan pointed out Anchorage paid just $20 million in cash for the business via a holding company, despite quotes of $115m in its financial report.

The equity group quickly marked down assets of the business, writing off $58m from inventory, $55m from plant and equipment, and $8m in provisions, then used the $117m operating cash flow of the Dick Smith business to fund the outstanding payment to Woolworths.

Dick Smith then floated for a $520m market capitalisation, or $2.20 per share, allowing Anchorage to sell the last of its shares in September 2014 at the higher price, before the retailer’s inventory issues emerged and share prices tanked, trading at $0.355 on 31 December 2015.