Department store giant reports stronger sales in its first half and revises guidance figures, attributing this to customer, brand and omni-channel turnaround strategy 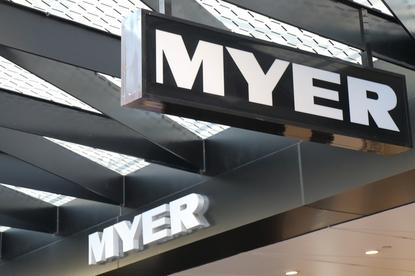 Myer’s CEO is claiming encouraging first-half results for the department store giant and its turnaround strategy after seeing a slight increase in sales, even as net profits dipped by 4 per cent.

In addition, sales growth averaged 5.6 per cent in 12 Victoria and NSW flagship and premium stories, up 7.1 per cent on comparable store sales.

Myer CEO and managing director, Richard Umbers, was positive about the results, saying they reflected early progress made in its five-year transformation plan, which puts an emphasis on brand rejuvenation and customer service.

“Only months into the first year on our five-year strategy, we are pleased with the early progress and positive customer response to initiative under the New Myer strategy, particularly in our flagship and premium stores,” he said.

Among the highlights Umbers flagged during the first half was the welcome reception customers have given Myer's renewed focus on premium brands. In the past seven months, Myer has rolled out more than 500 separate new brand destinations across its store network including Nine West, Mimco, Seed and French Connection.

Topshop and Topman have also been launched in six stores so far and more are schedule in coming months.

Umbers also used the results announcement to reveal men’s brand, Industrie, will be introduced as an anchor brand to the men’s casual range across more than 30 stores from August this year, along with womenswear label, Veronika Maine.

“This impressive performance results from our focus to deliver an improved omni-channel experience including an expansion of the in-store iPad service, strong take-up of click-and-collect, and upgrades to the myer.com.au site,” Umbers said.

“The recent launch of the Myer eBay store, which includes more than 20,000 products, further extends the reach of the Myer brand, with seven out of 10 Australian online shoppers already using eBay.”

Other significant changes made by Myer to its operating strategy have been a number of store closures, as well as the decision to quit several planned store openings.