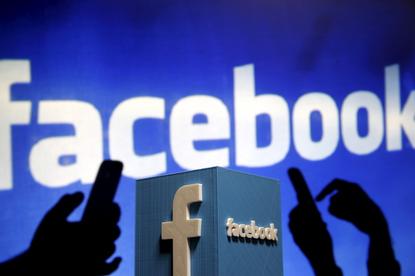 Facebook is trying to finish the job Apple started six years ago with its iAd platform: The social media giant wants to deliver immersive, full-screen mobile ads that let brands tell more detailed stories. Last week, Facebook released Canvas, a new ad format that marketers can use to string together video, photos, text and animation, to create experiences that take over users' smartphones and tablet screens. Canvas is essentially a mash-up of Facebook's many current ad types packaged into a single ad format. When users see Canvas ads in their News Feeds, they can expand them to full-screen mode and then swipe, tilt and tap on a broader mix of media.

"This space was designed, invented and inspired by our relationship with the creative community around the world," said Mark D'Arcy, chief creative officer at Facebook, at a press briefing.

Facebook started work on Canvas in late 2014, and it's designed to meet marketers' demands for more "ownable" space (read: larger real estate) so they can create cutting-edge experiences on mobile devices, according to D'Arcy. The company plans to expand Canvas to Instagram during the second half of 2016, and executives say they may eventually bring Canvas to Facebook's Audience Network, which helps advertisers buy ad inventory in third-party mobile apps.

Canvas gives brands a new way to engage users on Facebook, according to Brian Blau, research director at Gartner. "All of a sudden, now you have this multimedia cornucopia of options to present to the user," Blau says. "Stringing that together is going to increase the amount of time that your customer spends with your brand."

Facebook already created thousands of Canvas ads using its self-service tools, so the format is immediately available to all of the 2.5 million businesses that currently buy ads on the platform.

Fast food chain Wendy's had early access to Canvas, and the company's Vice President of Advertising, Brandon Rhoten, joined Facebook executives on Thursday to discuss his team's experience with the new medium. "I've got seven national agencies. I have 21 local agencies. I've got hundreds of millions of dollars in advertising that I run in a year, and I get bored, Rhoten said. "I get bored, because I see the same executions over and over. We need to tell our story in a lot of different ways on a lot of different platforms."

To this end, Wendy's decided to deconstruct its classic cheeseburger menu item using a Canvas ad. The ad generated an average view time of 65 seconds, and 2.9 percent of users clicked on a link in the ad to find a nearby location, according to Rhoten.

"Our goal is to build ad experiences that deserve to live in your News Feed," Watson says. "We recognize that the ads we're serving are living next to content from the people and pages that you care about most. The bar for content in News Feed is very high."

When users engage with Canvas ads, Facebook wants them to feel the time was well-spent, the company said. In its early tests, 53 percent of users viewed more than half of the Canvas ads they saw, and the average viewing time was 31 seconds, according to Paresh Rajwat, a Facebook product manager.

Canvas is also designed to address the slow page load times that plague so many sites on mobile devices. Nearly half of all responsive mobile sites take longer than five seconds to load, and 40 percent of users leave sites after four seconds of load time, according to Jessica Watson, a Facebook product design manager. The company says Canvas ads load in less than a second; however, CIO.com tested a Canvas ad on a demonstration device at Facebook's press briefing, and it took significantly longer to load.

Facebook's pricing models, ranking mechanics and frequency of ads remain unchanged. "All the objectives and delivery that already work for ads on Facebook will continue to work here," says Zack Hendlin, a Facebook product manager. "We don't charge by the number of things you put in a Canvas. You build it in the same way you would build a video or a photo or any other post, and it's ranked in the same way as everything else."

While the foundation of Facebook's ad business hasn't changed, advertisers now get new data points to measure the effectiveness of Canvas ads including how long users engage with ads. The levels of engagement and other successful outcomes will determine the frequency and reach of Canvas ads, according to Rajwat. "We serve ad space on how people interact and engage with ads, that's how we sell ads."

Canvas ads started to appear yesterday in the News Feed of Facebook's more than 1.44 billion monthly active mobile users. The company says it has more than 2.5 million active advertisers. And Canvas ads can be built in a matter of minutes, according to the company.

"We think [Canvas] is a very big moment not just for Facebook, but for mobile," D'Arcy says. "Some of the most beautiful, elegant, rewarding things that the community can build around the world are finally going to come to realization."